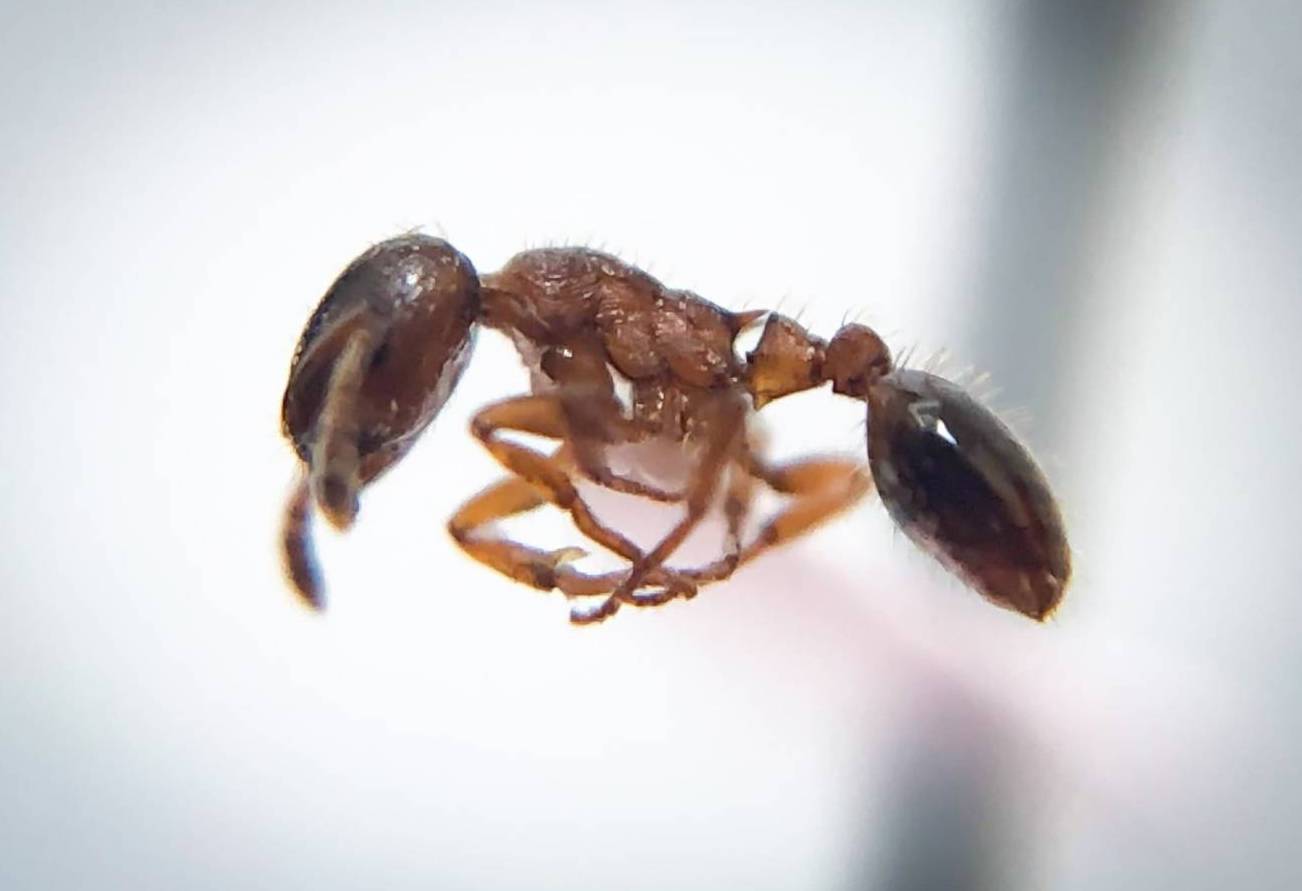 U of G researchers working in a New Brunswick conservation area have discovered a rare variety of ant that’s known for “enslaving” other ant species.

The discovery was covered by The Canadian Press, with articles appearing in several publications, including The Globe and Mail, CTVNews.ca and GlobalNews.ca.

CBC New Brunswick also featured the discovery, both online and on the radio program, Information Morning.

PhD student Aaron Fairweather, who has been creating a list of the ant species of New Brunswick, discovered the Harpagoxenus canadensis species of ant in the Kennedy Lakes Protected Natural Area, near Renous, N.B.

The ants are known for invading the colonies of other ant species, killing their queens and making their workers tend the new queen and colony. The discovery of the species is significant because its presence is an indicator of a healthy ecosystem.

Fairweather is completing his PhD under Prof. Nigel Raine, who is the Rebanks Family Chair in Pollinator Conservation in U of G’s School of Environmental Sciences (SES), and is co-supervised by SES Prof. Jonathan Schmidt.