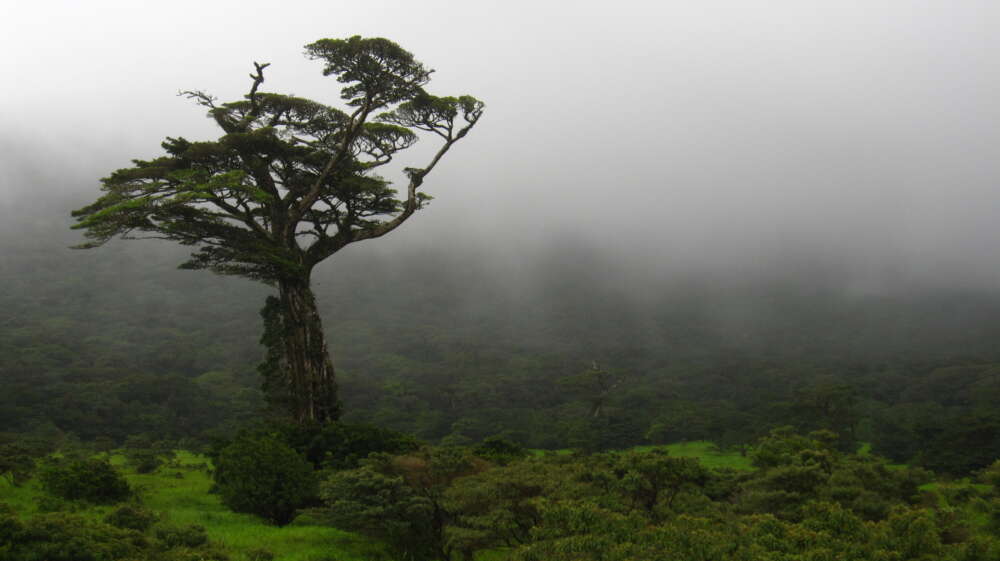 The ants and spiders are marching upward in the Costa Rican cloud forest with implications for other creatures there – and potentially worldwide – under climate change effects, according to two new University of Guelph-led studies published this month.

Both studies appear in a 50th-anniversary edition of the journal Biotropica dedicated to the Area de Conservación Guanacaste (ACG) in northwestern Costa Rica.

During recent decades, cloud cover has thinned atop the mountaintops in the region. A drier and warmer environment means changes for ecosystems and organisms from ants to spiders, said Smith. 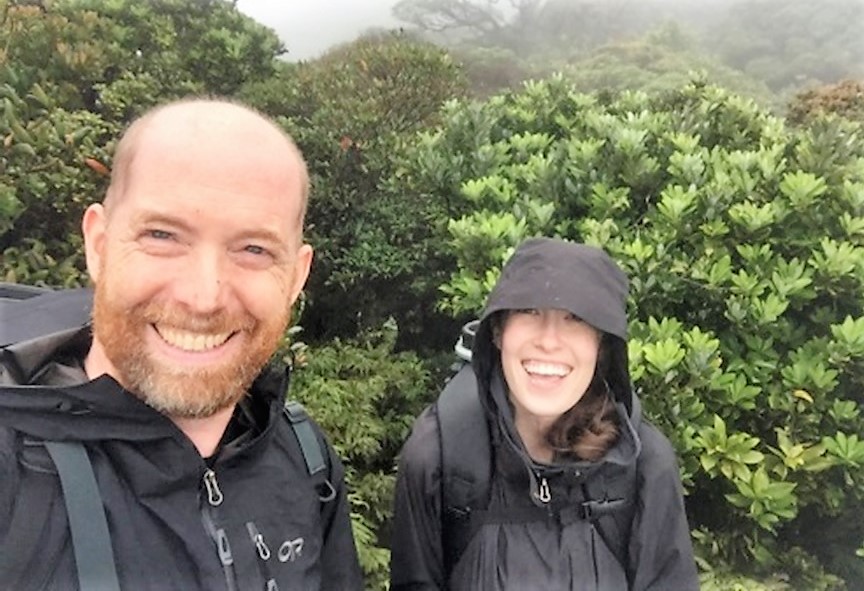 For the first paper, lead author Connor Warne, now a PhD student in U of G’s School of Environmental Sciences, compared cloud forest ants collected 1,500 metres up in 2008-11 with collections done in the late 1990s.

“This is the first time we’ve used a ‘time machine’ to see ant responses to climate change in the most vulnerable part of the cloud forest,” said Smith. “Does it change? Yes – and it’s measurable.”

The team found that those mountaintop dwellers are being overrun by ants moving or even being blown upward from warmer and drier areas. As well, groups of ants collected recently in the cloud forest were less diverse overall than lower communities.

“When we talk about climate change in the tropics, we focus on an easy analogy,” Smith said. “If there’s nowhere cold or wet to go to, you get pushed off the top.”

At the same time, a less diverse ecosystem is left behind as the ants move uphill. “You have extinction at the top and attrition at the bottom, where losing ant species means losing genetic resilience.”

In the second study, former U of G master’s student Sarah Dolson and former undergraduate student Megan McPhee used DNA barcoding and phylogenies (a kind of family tree) to gauge diversity of spiders on a volcano. As with the ants, spider diversity tends to fall the higher up the mountain they go.

Of the roughly 500 species of spiders in Costa Rica, many are small and easy to overlook. But they play key roles in the local food web, said Smith, so it’s important to track changes in their range.

The team used DNA barcoding developed at U of G to identify spiders, especially difficult-to-identify juveniles. “DNA barcoding is a very important tool for figuring out who lives where and how that is changing,” he said. “Costa Rica is the first nation in the world to attempt to barcode all of its animal and plant species, in a project called BioAlfa.”

The findings may help in understanding climate-driven changes elsewhere, including in Canada.

Spanning cloud forest to dry tropical forest to wetlands and savannah, the 169,000-hectare ACG is a UNESCO world heritage preserve. It’s one of the most biodiverse regions on the planet, with an estimated 650,000 species living in an area about the size of the Greater Toronto Area.

This protected area stretching from the Pacific to the Caribbean is also a go-to fieldwork site for researchers worldwide, including Smith. A board member with the Guanacaste Dry Forest Conservation Fund, a non-governmental organization connected with the ACG, he has worked in this biodiversity hot spot since 2004.

He said Canada ranks 19th out of 28 members in the Organization for Economic Co-operation and Development in funding support for global conservation. We need to do better, he said: “The biodiversity of the world does not recognize borders. Nor does the climate crisis that threatens and endangers the world’s species.”