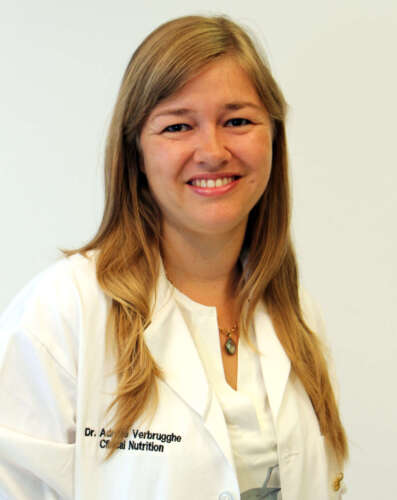 Increasing the essential nutrient choline in cat food can reduce the common risk of obesity in spayed and neutered cats, researchers at University of Guelph have found.

Researchers discovered kittens that consumed higher amounts of choline after being spayed or neutered voluntarily ate less and gained less weight and body fat than those that consumed choline at the currently recommended levels.

“The goal of this research is really to do a call on the pet food industry to change the diets that are currently available and include higher levels of choline — not just the minimum needed to prevent deficiencies, but an additional volume that would support optimal growth and benefit fat metabolism,” said Dr. Adronie Verbrugghe, professor in U of G’s Ontario Veterinary College who studies pet nutrition and obesity.

Verbrugghe is also the Royal Canin Veterinary Diets Endowed Chair in Canine and Feline Clinical Nutrition. Her latest research was featured in the Toronto Star.

Obesity can be prevented, even in cats spayed and neutered

About 79 per cent of domestic cats are spayed or neutered. The procedure, common for population control and other health benefits, is one of the highest risk factors for feline obesity, studies show.

Published recently in PLOS ONE, the U of G study involved a small sample of male domestic short-haired kittens that were neutered at six months of age.

The kittens were divided into two groups, monitored, weighed and fed the same diet three times daily for 12 weeks after their neuter surgery. Housed together, one group received additional choline supplemented in their food and one did not.

Choline, an essential nutrient, is already found in cat food and is a field of ongoing research, particularly for feline fat metabolism and liver health, Verbrugghe said. The opportunity to study how it might also act as a supplement to prevent obesity in growing kittens naturally presented itself, she added.

“These cats, right at that time when they’re spayed and neutered, provided an excellent scenario to test that,” said Verbrugghe, who worked on the study with Hannah Godfrey, a PhD student in biomedical sciences.

Pet owners should be more informed about benefits of dietary changes 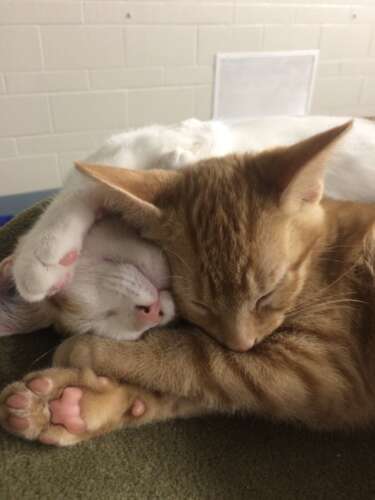 Researchers used male kittens that were housed together.

Given that obesity in cats can be prevented, Verbrugghe said, pet owners should be aware the energy levels of spayed or neutered cats decrease. The absence of sex hormones makes them less active, affects appetite and changes their energy metabolism. Therefore, de-sexed cats should be fed less, she said.

“Every spay and neuter procedure should go together with a recommendation on how to adjust the cat’s diet and I think nowadays that is not happening enough,” Verbrugghe said.

Cats are still under-represented among patients in veterinary practices, she added, most likely because trips to the vet can be stressful for them.

This research was funded by a collaborative research development grant from the Natural Sciences and Engineering Research Council of Canada, in partnership with Elmira Pet Products.

The choline supplement was provided by Balchem. Acquisition of a DXA scanner was supported by funding from the Canada Foundation for Innovation and the Ontario Ministry of Research and Innovation.