Growing up in Hamilton, Ont., with a nurse mom and a researcher dad, Dr. Lawrence Goodridge had homegrown role models for his studies and ultimate career as a microbiologist and food scientist at the University of Guelph. But he knows many Black people lack similar backgrounds and opportunities to contemplate, let alone pursue, science careers.

Increasing diversity among Canadian scientists, widening research studies to include racialized and ethnically diverse populations, and providing more mentors for Black STEM (science, technology, engineering and mathematics) students and scientists are among the wider goals for Goodridge and for organizers of an inaugural virtual conference being held this week by the still-fledgling Canadian Black Scientists Network (CBSN).

Goodridge, a researcher in the Ontario Agricultural College’s Department of Food Science, is moderating a BE-STEMM panel on population health and epidemiology and discussing his studies of wastewater testing for the COVID-19-causing virus during the conference, being held Jan. 30-Feb 2.

U of G, particularly its Office of Research, are sponsors of the BE-STEMM (STEM plus medicine) event, featuring numerous science plenary sessions as well as a career fair, networking events and a leadership summit on Black inclusion.

“At the University of Guelph, we know that equity, diversity, and inclusion are the critical and fundamental underpinnings of research excellence,” said Dr. Malcolm Campbell, vice-president (research). “Therefore, we are delighted for the opportunity to sponsor BE-STEMM, promoting excellence in scientific discovery and innovation through this phenomenal platform focused on attracting and retaining Black researchers in STEMM.” 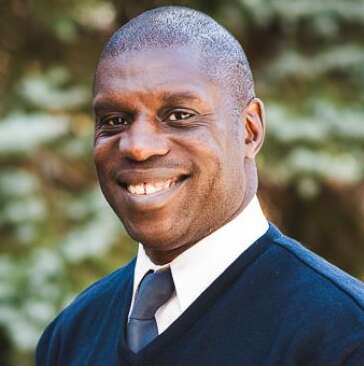 The event is being held by the CBSN, which was established in 2020 and now numbers more than 200 members from across the country.

Also presenting research on studies of gut microbes is U of G student Ceylon Simon, who is pursuing her master’s degree in Goodridge’s lab.

Increasing the participation of Black people in STEM is a key long-term aim for the conference and for the CBSN, said Goodridge. In Canada, Black people are generally underrepresented in scientific disciplines, he said, adding that it’s important to quantify the extent of the problem.

When it comes to understanding diversity in the sciences, he said, “In Canada, we don’t do a very good job of data collection. We are often critical of the United States for race relations, but one thing they do a much better job of is collecting data from underrepresented populations in universities at the state and national levels.”

That’s important for all institutions, including U of G, said Goodridge. “We are an hour away from the most diverse city in the world, yet the makeup of our students and staff and faculty does not reflect that diversity. The same is true across Canada.”

He said universities have taken recent steps to address diversity. At U of G, he points to student programs and groups, including the Guelph Black Students Association, the cultural diversity office and a new Black Canadian studies minor program to be launched in the fall.

Goodridge belongs to the President’s Advisory Committee on Anti-Racism, which developed the University’s Anti-Racism Action Plan.

‘Kids have to see other people who look like them’ 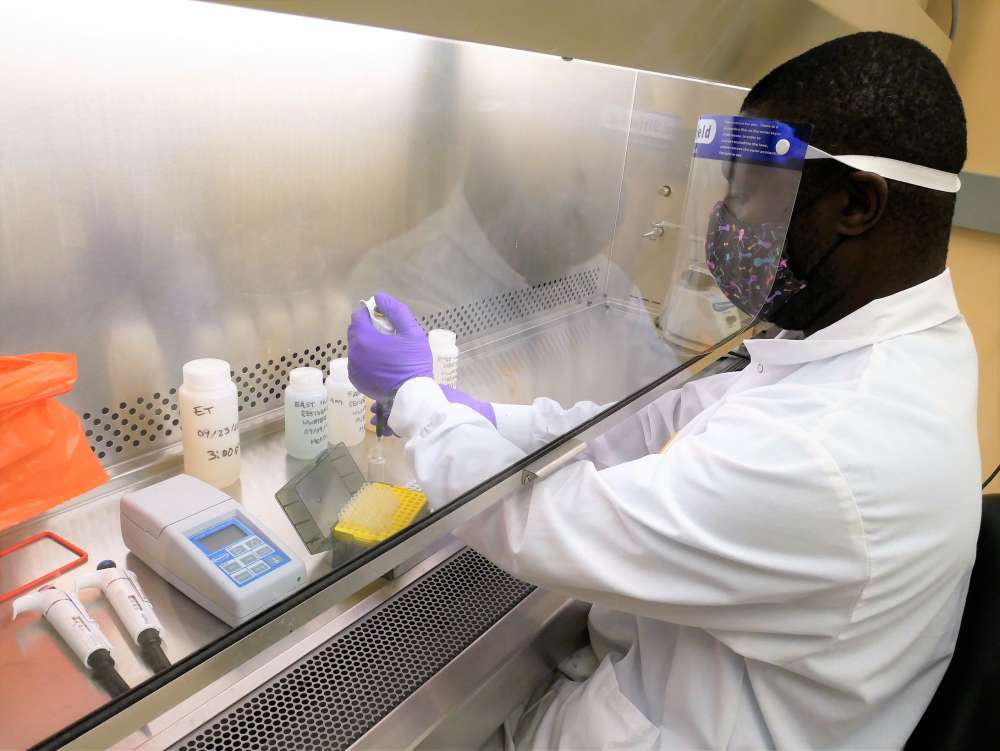 Widening the focus, he has called for an overhaul of Canada’s traditional grant review process. He said bias on tri-council grant review panels often means that Black scientists fail to secure funding. Noting that the Canada Research Chairs program has recently been reviewed for equity, diversity and inclusion, he said “additional steps must be taken to ensure that the best and most deserving Black scientists are not overlooked for the program.”

Goodridge also called for mentorship and leadership programs for Black scientists and students.

“This begins long before university,” he said. Referring to his earlier outreach involvement in American universities before taking on his faculty appointment at U of G in 2019, he said, “We have to get into elementary schools. Kids have to see other people who look like them.”

It’s important to include more Black scientists in STEM research for other reasons, he said. “Black scientists can take advantage of their rich cultural history to bring a perspective to science that is seldom realized.”

He pointed to his ancestors in the Caribbean who relied on traditional knowledge of plants’ antimicrobial properties to keep food safe. “That’s one example of how different perspectives can lead to enhanced scientific discovery,” said Goodridge, who is the Leung Family Professor in Food Safety and director of the Canadian Research Institute for Food Safety at U of G.

More Black scientists are also needed to help ensure that medical research on drugs and other treatments considers potential differences in racially and ethnically diverse populations, he said.

“A lot of medical data regarding how we treat disease is based on studies on the majority, white population. We know there could be severe differences in treatment outcomes for marginalized populations. Including a more diverse population in clinical trials will increase safety.”

Besides increasing STEM opportunities for Black students and scientists, the CBSN aims to engage allies among larger majority populations. Among his own mentors, he points to U of G emerita professor Dr. Roselynn Stevenson, in whose lab he worked as a student while completing three degrees.

He also credits a high school science teacher for sparking his fascination with microbiology.

Goodridge’s parents nurtured his interest in science, encouraging him to become the first member of his family to pursue university studies. The second was his twin sister, who studied at the University of Toronto and is now a public health nurse.

“I was able to mentor her. That continuity happened.”

During this week’s BE-STEMM conference, Goodridge is discussing his research on using wastewater to detect and monitor food-borne outbreaks. During the pandemic, he has helped lead a research team sampling wastewater from campus residences and other locations for the COVID-19-causing virus.