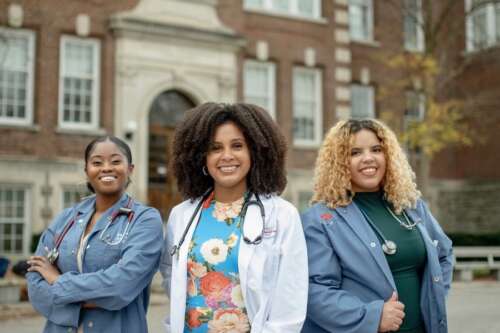 Inspired by the Black Lives Matter movement, three Black students in the Ontario Veterinary College (OVC) at the University of Guelph have launched Canadian VIBE, a national non-profit organization for fostering diversity in veterinary medicine.

A central goal is to ensure high retention rates for Black veterinary students and identify obstacles that could prevent them from completing their program, said Moore. Increasing the visibility and numbers of Black people in the profession will create a much more inclusive and diverse profession, she added.

“We want the future generation of Black students to see themselves represented in this profession,” said Moore. “We want them to know that they are supported. We want them to understand that their skin colour does not define their abilities or what they are capable of achieving.”

Among its activities and goals are:

“One of the major barriers is representation. Lack of representation impacts how children view themselves and it shapes what they believe is possible for them to achieve. The absence of support from those in the field is also a significant barrier. 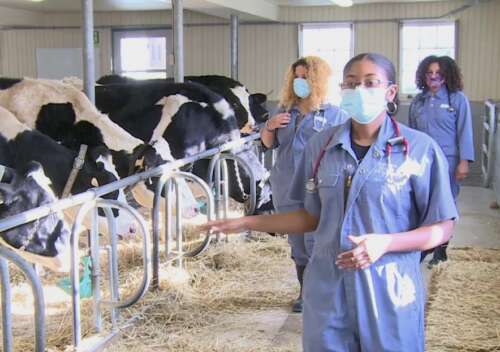 The three Canadian VIBE founders in U of G’s dairy barn.

“I’ve recently heard the phrase, ‘If you can see it, you can be it.’ Not seeing any of our race in the profession can send a message to young Black children that it isn’t possible or that this field isn’t accepting or welcoming for people that look like us.”

Harris said she has been impacted by the lack of representation of Black people in vet school, and in the profession generally.

“When there is almost nobody in your aspiring field that has the same skin tone, hair texture or cultural background, it can be extremely stressful to enter those spaces,” she said. “Every time you walk into a room, you are painfully aware that you are different.”

That reality, Harris said, creates imposter syndrome – a sense of not belonging, of constantly wondering “what fluke happened for you to even be in those spaces.” She said people can feel marginalized and unable to relate with others.

“You are never sure if your inclusion in things is because you are a token of diversity or because you deserve to be there.”

Moore said she is excited by VIBE’s potential to change the profession for future generations. 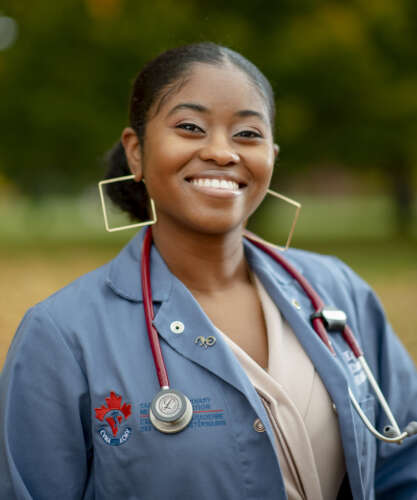 OVC student Kayla Charles’ high school in New York City had a tiny farm where she learned about farm and companion animals.

“Our vision is to increase the visibility of Black veterinary professionals,” she said. “We plan to do this by making ourselves visible, hosting school talks about veterinary medicine, addressing topics surrounding diversity and focusing on creating a strong network of Black veterinarians throughout Canada. I believe it is important for kids to grow up seeing Black men and women in powerful positions.”

The intense emotions and soul-searching stemming from the Black Lives Matter movement and the killing of George Floyd by police last summer drove the creation of Canadian VIBE. The OVC students were inspired to speak up and help make a change.

“Black Lives Matter and the murder of George Floyd sparked a lot of self-reflection, as people began to take account of their own biases and complacencies,” Charles said. “More people began to educate themselves on the various ways systemic racism poses barriers to Black populations and more people began to understand the value of diversity.”

Harris called the horrendous events of last summer a nightmare.

“Although the conversations that were being had were much needed, it felt so draining every morning to watch another story on the news about another Black person being murdered, or hearing people you considered friends argue online over whether the subject of racism was even relevant anymore,” she said. 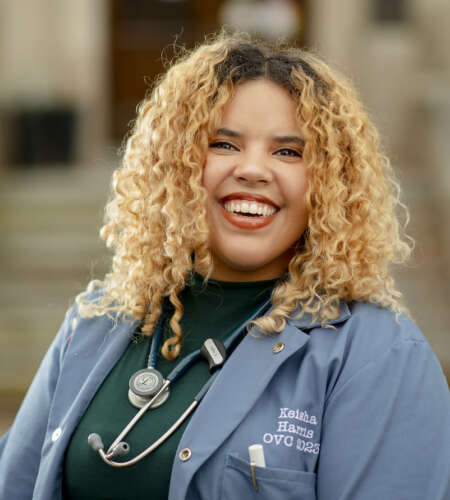 OVC student Keisha Harris is cared for stray animals and rescued injured ones as a girl.

The Black Lives Matter movement and the killings of Black people intensified the need for an inclusive and diverse society, the OVC students said.

That need for inclusivity and diversity extends to the veterinary profession, said Moore.

“The Black Lives Matter movement shed light on important issues within the Black community, as well as the lack of diversity in niche university programs like veterinary medicine,” she said. “Sometimes, as an under-represented demographic in this profession, it is easy to feel silenced. I’ve gone through many years of feeling isolated during my time at veterinary school.”

The three women come from different backgrounds but share a deep love of and care for animals. All three have faced racial barriers in their quest to become veterinarians.

Growing up in the Cayman Islands, Moore rescued stray and injured animals, including cats, chickens and iguanas. She studied animal science in Wales before moving to Canada to study at OVC. 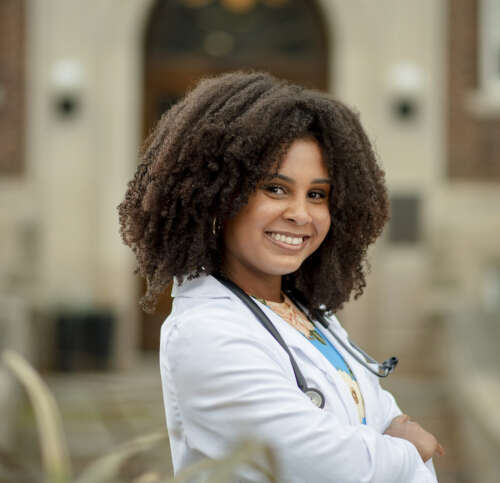 OVC student Melanie Moore grew up in the Cayman Islands. She studied animal science in Wales before coming to Canada.

Born and raised in Oakville, Ont., Harris is the first member of her family to attend university. A talk at her high school by primatologist/anthropologist Jane Goodall and a student dinner with animal scientist Dr. Temple Grandin at the University of British Columbia inspired her to consider a career in veterinary medicine.

Originally from New York City, Charles said she wanted to become a veterinarian from the time she could first pronounce the word. Working on a small farm at her high school, she learned of the many career paths in veterinary medicine.