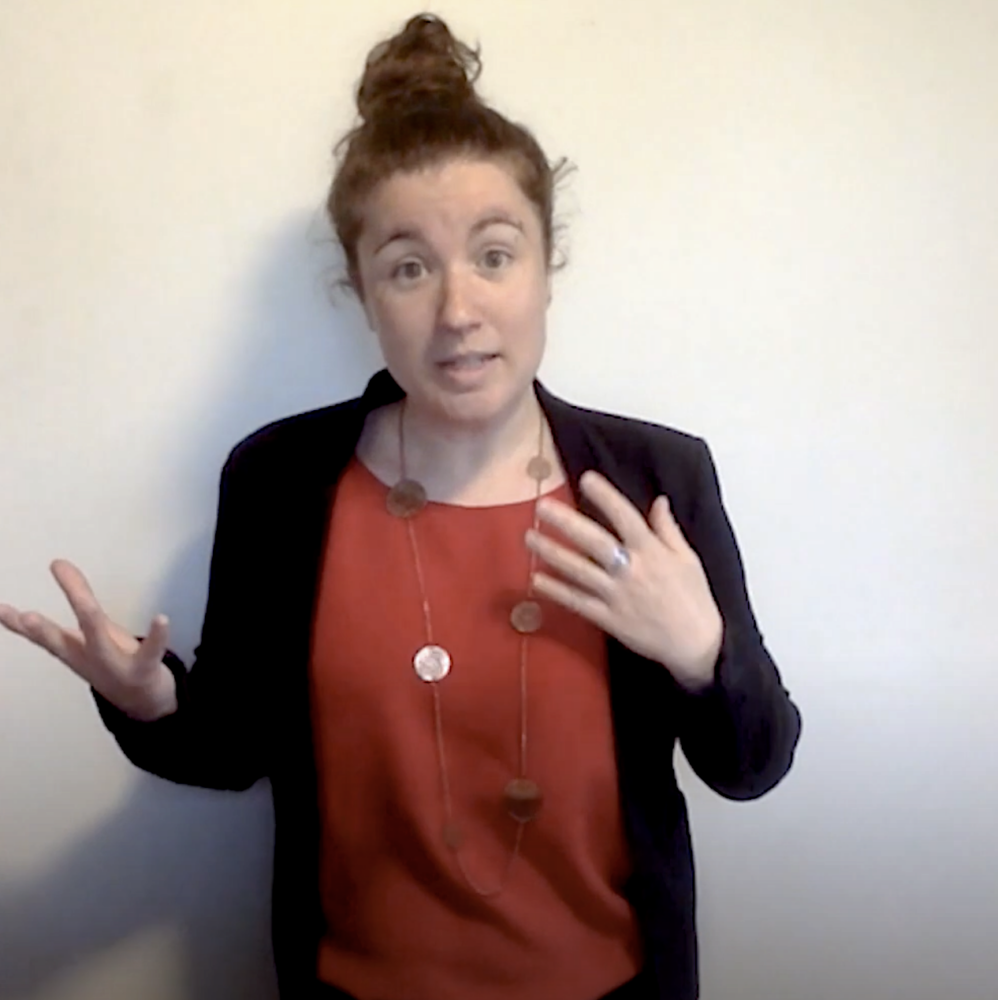 Claire Mindus during her 3MT presentation

“Don’t be snappy, be happy.” That’s the title of a snappy award-winning talk on preventing harmful feather-pecking behaviour in chickens by recent University of Guelph graduate Dr. Claire Mindus to be featured this week in a national 3MT (3-Minute Thesis) showcase.

Mindus won this year’s 3MT competition at U of G with a concise overview of her recently completed PhD research in the Ontario Agricultural College on how gut bacteria can impact severe feather-pecking behaviour in laying hens.

The annual contest run at various universities challenges graduate students to explain their research project simply and clearly to a judging panel within three minutes.

Mindus, animal biosciences, won first place as well as the community choice award in this year’s competition at U of G. Second- and third-place winners respectively were PhD student Anita Luu in biomedical sciences and master’s student Valerie Bauman in engineering and artificial intelligence.

Along with other top projects, Mindus’s recorded entry will appear in a non-competitive, virtual national 3MT showcase to be held Nov. 5 during this month’s annual conference of the Canadian Association for Graduate Studies.

“The graduate studies community at the University of Guelph is delighted that Dr. Claire Mindus’s 3MT entry has made its way to the national showcase,” said Dr. Ben Bradshaw, assistant vice-president (graduate studies).

“With 19 months of pandemic weighing heavily on many of us, seeing her evident brilliance and passion for her research captured in three minutes of home-recorded videos is genuinely revitalizing. The 3MT is a great event, and I am grateful for our graduate students’ continued embrace of it, even in challenging times.” 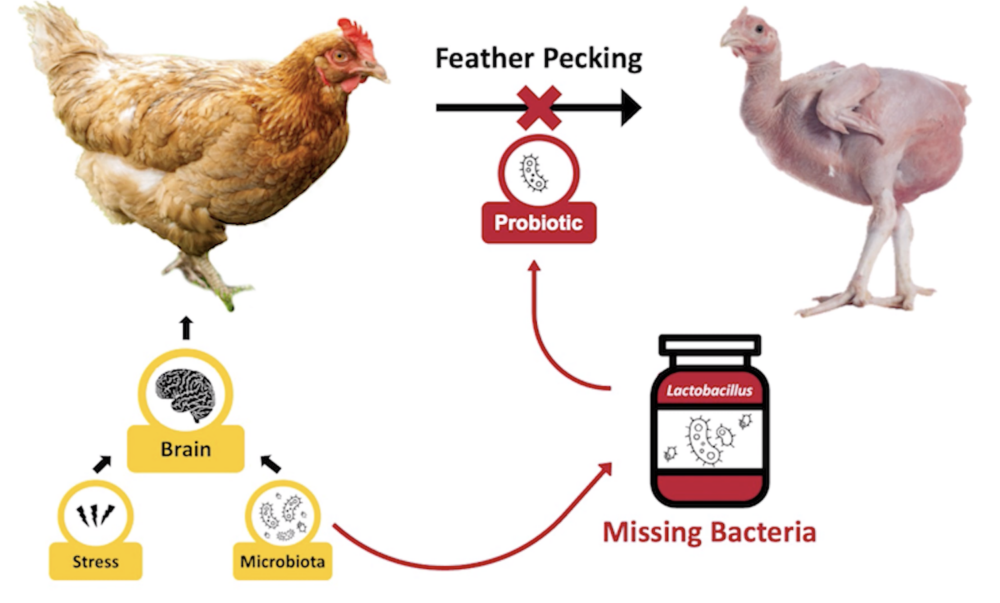 A slide from Mindus’s presentation on feather pecking

In her presentation, Mindus explained that severe feather pecking can cause feather damage, skin injuries and even lead to death for other birds. Feather-pecking behaviour can hinder heat regulation, causing chickens to eat more and produce fewer eggs and, ultimately, hampering farmers’ bottom lines.

“No one likes a bald chicken, including the chicken,” said Mindus. “This is a major welfare issue for chickens all over the world, regardless of their housing systems.”

Now a project manager at the French Livestock Institute in Paris, she spent four years at U of studying chicken welfare with Dr. Alexandra Harlander, professor in the Department of Animal Biosciences.

For her PhD, Mindus studied severe feather-pecking behaviour in laying hens with or without specific strains of bacteria normally found in chickens’ digestive systems.

Birds with imbalanced gut microbiota or lacking certain bacteria known to prevent stress were previously found to engage in more severe feather pecking than chickens whose digestive systems contain those bugs. As part of her research, Mindus fed some of the chickens a probiotic with those missing microbes and compared their behaviour with that of chickens without the probiotic.

A mix of genetic and environmental factors are involved in this behaviour but not enough to fully explain it. Mindus said researchers are now looking at gut-brain connections among other things.

Referring to the 3MT contest, she said, “I had wanted to do the competition for a couple years but never properly found the time until this year. It was a lot of work, but I think it is important to be able to explain a complicated scientific topic in three minutes to a general audience.”