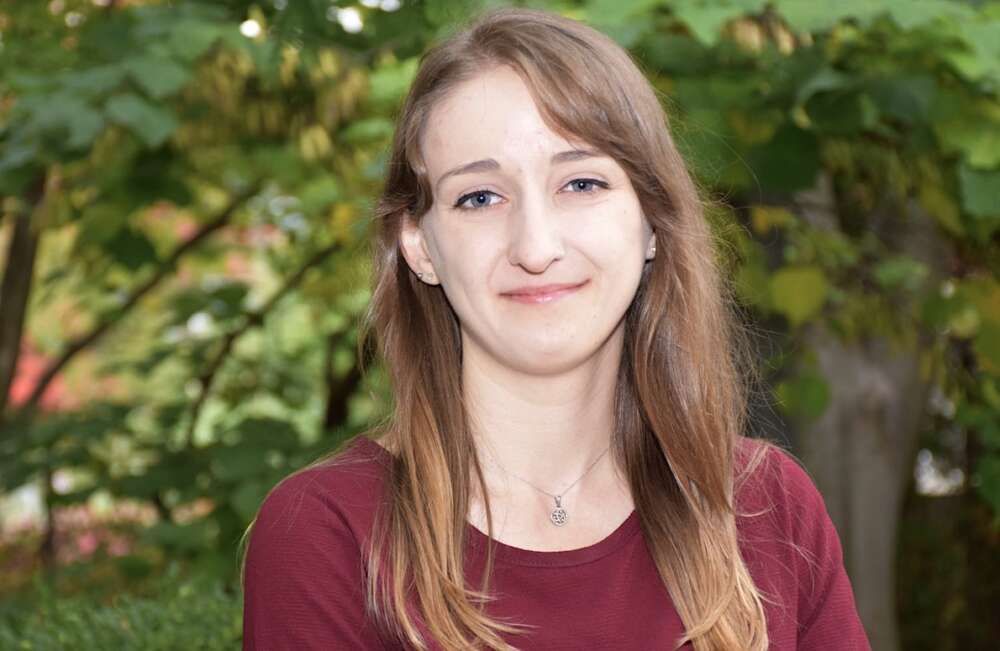 Like many young people across Canada and around the world, University of Guelph graduate student Jillian Stringer experienced mental illness for the first time when she was an adolescent.

Learning to live with anxiety and depression helped her find her calling.

“I first faced the challenges of mental illness when I was young and through my own process of recovery, I was motivated to want to support others and learn more about mental health,” said Stringer, a master of public health graduate student at U of G who has co-chaired the National Youth Advisory Council of the Mood Disorders Society of Canada for more than two years.

Stringer, who is an advocate for improved mental health services for young people, says those services are lacking in this country. The COVID-19 pandemic has exposed the cracks in the system and has intensified the many stresses young people experience. Those pressures have taken a toll on the mental health of people of all ages, but especially youth, she said.

This is Mental Illness Awareness Week across Canada, a national public campaign established by the Canadian Psychiatric Association and coordinated by the Canadian Alliance on Mental Illness and Mental Health. The week is intended to foster dialogue, share stories and show the many faces of mental illness in this country. Oct. 10 is World Mental Health Day, declared by the World Health Organization to raise global awareness of mental health issues.

Stringer’s story is not unlike that of many young people who face mental illness for the first time in adolescence. Often, those illnesses first appear between the ages of 15 to 25.

“I’d say I’ve been an anxious person my whole life,” said Stringer, who was a competitive water polo player in school. “But depression hit in grade school and high school. I still live with both. Thanks to counselling and other tools I’ve picked up over the last five or six years, I’m much better at managing them now. Medication, overall, has also been very helpful for me.”

At 24, she says she is at a stage of recovery where her mental illness doesn’t limit her much on a day-to-day basis.

“But I think in some ways I will always be living with it,” she said. “I would say for me, recovery is probably an ongoing, lifelong and active process.”

Stringer said there was no one incident or set of circumstances that caused the onset of her illness.

“I’m a good example of someone who had a substantial genetic predisposition to mental illness,” she said. “Of course, moving into adolescence and confronting various life stressors prompted the development of ill health at that time.”

She says she received good services to help her cope with mental illness. Counselling was especially effective, as were therapies like dialectical behaviour therapy and cognitive behaviour therapy, which aim to change negative thinking patterns and cognitive distortions and behaviours while improving emotional regulation and coping strategies.

“And just being able to talk about what was going on in a way that helped me understand and manage what I was experiencing was so helpful.”

For prevention and health promotion, early interventions are best, said Stringer, who was recently featured in a CBC News article about mental health and youth suicide. “Starting mental health literacy and building coping skills at a young age can have the biggest positive impact in the long run.”

During her undergraduate degree in psychology at McMaster University, Stringer became involved in advocacy and began volunteering with the Mood Disorders Society of Canada, working on health communications and awareness activities.

“Youth and students in particular have always experienced unique stressors, but those have absolutely been amplified by the pandemic.”

The COVID-19 pandemic, she said, has impacted everyone, with studies showing sharp increases in anxiety and depression. Isolation, uncertainty, burnout, work/life imbalance, disturbed sleep and fear of illness are among the pressures that have impacted many, including young people.

The pandemic has also exposed the major deficit in mental health services in this country, she added.

“It has highlighted the need for enhanced mental health services – not just for counsellors, therapist or clinics, but for a whole host of services that promote overall well-being,” Stringer said.

Social and support groups, training in mental health awareness and literacy, and early-years social and emotional education are essential, she added.

“Investments are necessary – not just expenditure on crisis intervention and treatment but prevention and promotion to balance out the framework.”