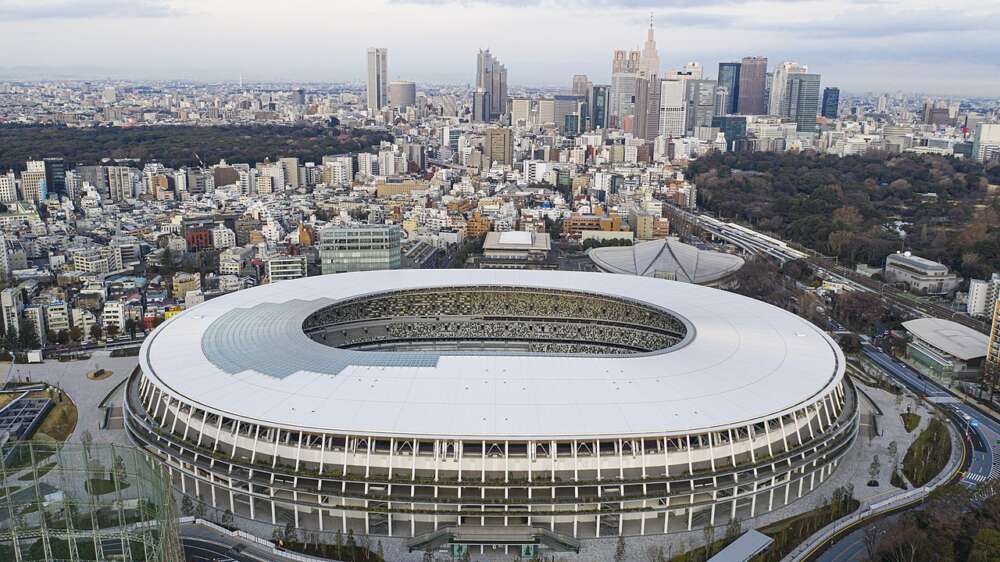 From runners to cyclists to sailors, several University of Guelph current and alumni athletes are on their way to Japan to compete at the Tokyo Olympics.

Competing for Canada at the Summer Games, which begin July 23 and run until Aug. 8, will be athletes from a range of sports, including: 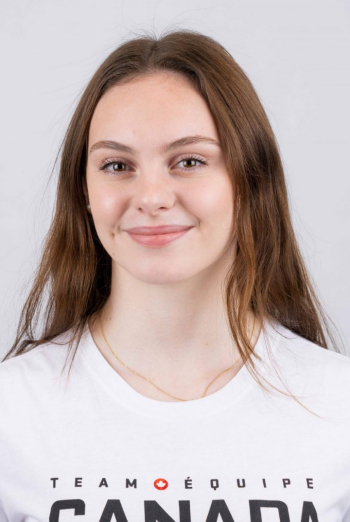 Armstrong is pursuing a bachelor of arts with a major in psychology at U of G and hopes to one day work in sport psychology or sport management.

At age 20, she is a first-time Olympian, competing in the team portion of the artistic swimming competition (formerly known as synchronized swimming).

Armstrong made her first appearance with the Canadian national team in 2018 at the FINA World Series in Paris. She helped Canada win the overall FINA World Series Super Final title in 2019 and then brought the team to a gold medal at the 2019 Pan Am Games in Lima.

The Canadian team is now ranked third in the world and is considered a favourite for the Tokyo Olympic podium. Since the sport was added to the Olympic program in 1984, Canadian artistic swimmers have won eight medals, including three gold, four silver and one bronze.

The artistic swimming team events begin at the Olympic Stadium in Tokyo on Aug. 6. 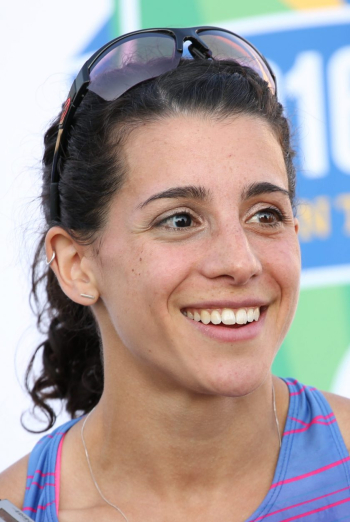 Seccafien joined the University of Guelph in 2010 and was a key member of the women’s cross-country and track and field teams. She won gold in the 5,000m event at the 2013 Canadian Championships — the first of her four national titles in the distance.

She graduated from the University of Guelph in 2013 with a bachelor of arts in international development studies and hopes to attend law school after retiring from athletics.

The 31-year-old is currently the Canadian record holder for the 10,000m and the half-marathon, and lives and trains in Melbourne, Australia.

At the Tokyo Games, she will compete in the women’s 5,000m and 10,000m events, which will take place at the Olympic Stadium in Tokyo starting July 30. 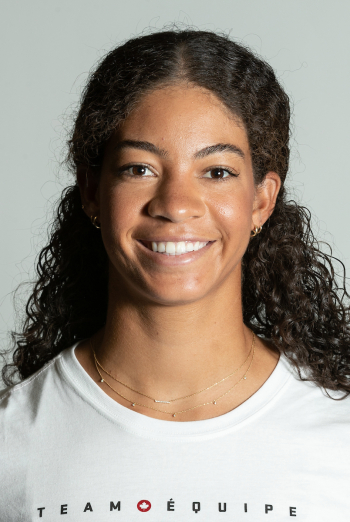 Since earning a bachelor of commerce in marketing management in 2017 at U of G, Douglas has sailed full-time and is now ranked among the best sailors in the world in her class.

The 27-year-old from Toronto will compete in the women’s laser sailing event at the 2020 Games, sailing a single-handed dinghy called a Laser Radial.

Douglas won gold at the 2019 Pan Am Games in Peru and was named the 2019 Rolex sailor of the year by Sailing Canada.

She recently told Sailing Canada that any chance to compete for her country on the Olympic stage is “a huge honour.”

Canada has won nine Olympic medals in sailing — three silver and six bronze — but never a gold. Douglas hopes to become the first.

The women’s Laser Radial events will be held in Enoshima and begin July 24. 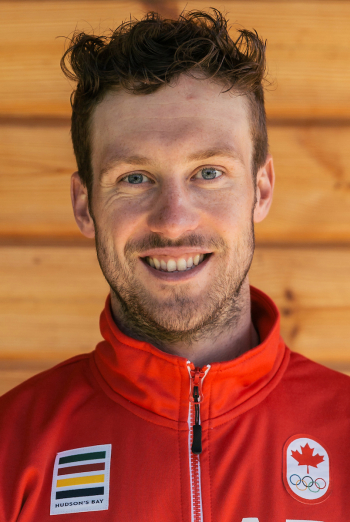 Disera graduated from U of G in 2018 with a degree in water resources engineering. He trained throughout his time at U of G and became the Canadian mountain biking champion in 2018.

As he explained in a recent Instagram post, Disera worked hard to finish his degree early enough to prepare for the Tokyo Games, which were due to be held in 2020.

He was selected to Canada’s Olympic team after a two-year selection process capped by his 6th-place finish at the World Cup in July 2019.

While the Games were delayed a year, the 26-year-old said he’s excited for the opportunity to be part of the Canadian Olympic team for the first time.

Disera will be the only Canadian competing in the men’s cross-country mountain biking event, which will be held at the Izu MTB Course on July 26. 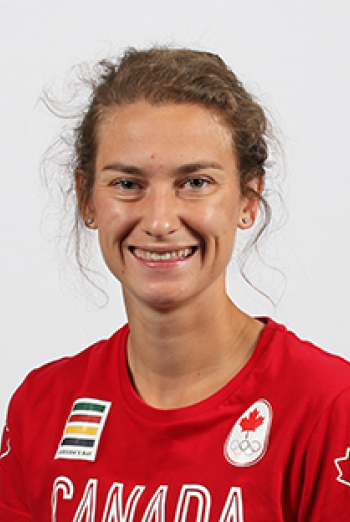 Lalonde completed a bachelor of science in environmental sciences, majoring in geography, as well as a master of arts in geography in 2017. While at U of G, she competed in varsity cross-country and track and field programs.

Originally from Moncton, N.B., Lalonde competed at the Pan Am Games in 2015 and earned bronze in steeplechase. In 2016, she competed at her first Olympics, becoming the first Canadian to advance to the women’s 3,000-metre steeplechase final.

She held the Canadian record in the 3,000m women’s steeplechase until teammate Regan Yee broke that record last month.

Throughout her training for Rio 2016, Lalonde worked on her master’s field research in the Arctic, investigating community concerns about the relevance of formal education for young Inuit and perceptions of learning success among Inuit and southern educators.

Lalonde will compete in the women’s 3,000m steeplechase events in the Tokyo Olympic Stadium beginning July 31. 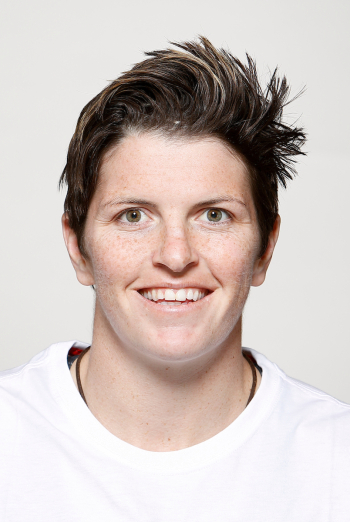 Benn spent five years at the University of Guelph, where as a varsity rugby player, she obtained five OUA gold medals, three CIS bronze, two CIS silvers and one national championship title. She received numerous awards throughout her varsity career, including OUA All-Star, OUA MVP and CIS Player of the Year.

Benn graduated with a degree in sociology in 2012.

In 2017, she became a certified firefighter. The 32-year-old is returning to Team Canada along with five other players from the Rio 2016 team for the Tokyo Games.

The women’s rugby sevens events will be held at the Olympic Stadium beginning July 28.

Supporting the athletes will be Dr. Margo Mountjoy, a longtime physician at U of G’s Health and Performance Centre (HPC) who is attending as a member of the IOC Medical Commission Games Group.

Joining her will be HPC colleague Dr. Carla Edwards, who is attending the Games as the team psychiatrist with Swimming Canada.

Mountjoy will supervise the medical care delivery at the Olympic venues, and the Athlete Village Polyclinic. She is also a member of the Injury and Illness Surveillance Research Group, evaluating the health risk and safety of all Olympic sports.

As well, Mountjoy is chairing the Therapeutic Use Exemption Committee, the group that evaluates applications for athletes to take prohibited substances. And this year, Mountjoy is a member of the COVID-19 Results Advisory Expert Group, a group of international experts that will evaluate all positive COVID-19 cases.