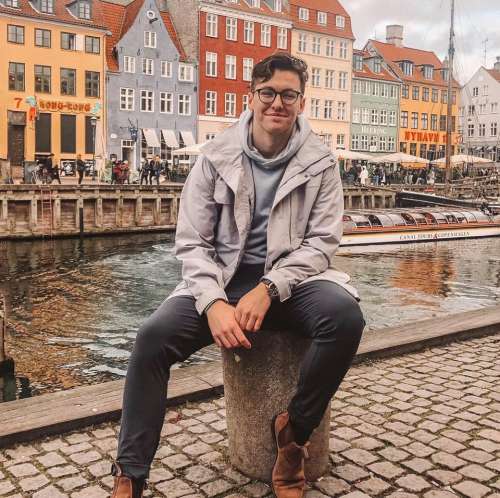 U of G swimmer and student James McCole in Copenhagen

Sport helped him rise above them.

Having grown up in Ireland, McCole will soon enter graduate studies in the United Kingdom, where he will continue his investigations into the psychosocial development of LGBTQ2IA+ athletes.

“During the pandemic, there was a lot of time to ask myself what I’m really interested in doing,” he said, “and everything came back to my experience in sport and how it provided me with a sense of validity, normalcy and routine.”

McCole came out as gay in his first year at U of G. He had mostly kept his sexual identity under wraps in high school because of the homophobic jokes and insults that swirled around among students.

“No matter where you are – elementary school, high school or among university students – the hallways are flooded with super-negative jokes about being gay,” he said. “The expression ‘that’s so gay’ drops all the time. And you can’t help but feel that being gay is a negative thing.”

Growing up, McCole said he heard a lot of homophobic slurs. It was not good for his self-esteem.

“When you hear all of those jokes being thrown around, you associate being gay with being less masculine,” he said. “I worried that being gay made me less of a man.”

McCole stands six foot, three inches and is in optimal physical condition. Although injuries have hampered his competitive swimming career, he has excelled in breaststroke and backstroke.

While trying to hide his sexuality affected his overall well-being, he became empowered through the sport of swimming.

The pressures and challenges of competitive sport are considered by some to be the opposite of what is associated with being LGBTQ2IA+, particularly as a man, he said. 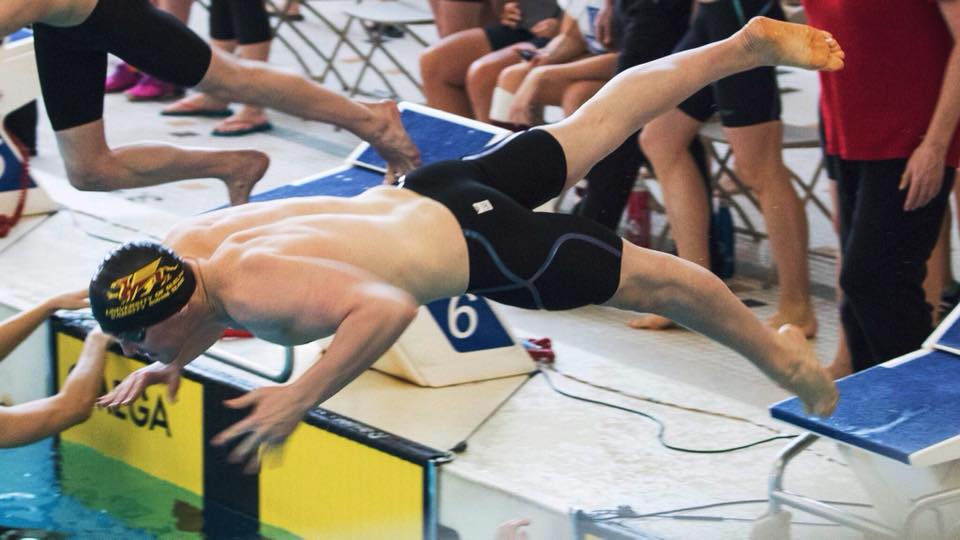 McCole dives off the block

“When you have conversations with people outside of sport and even sometimes within sport, you hear these attitudes that sport is dangerous for LGBTQ2IA+ people because of the homophobia and the toxic masculinity in sport.

“But the more you go into it and the more you see the positive effect sport has, you see that it is just the opposite of these stereotypes. It provides a sense of security and empowerment that may be lacking in your identity and gives you grounds for being proud of something that you accomplished, just as you are.”

Through his experiences and his education, McCole has become an advocate for LGBTQ2IA+ participation in sport; he belongs to an equity, diversity and inclusive committee at the University. 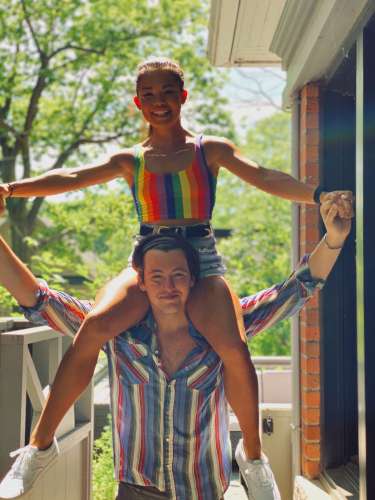 He actively shares his experiences in sport and how competitive swimming helped him rise above problems and take pride in his sexual identity and his accomplishments.

“When you compete and do well in sport, you’re more sure of yourself and who you are,” he said. “You grow confident in your abilities and discover how driven, motivated and strong you are. You realize there’s no limit to your abilities and no limit based on your sexuality.”

To prepare new and returning students for the fall, we will be sharing information on new programs, student experiences and inspiring stories. Visit the Welcome Home page to learn more about what makes U of G stand out.