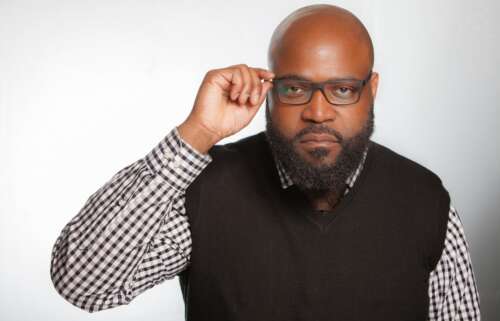 U of G grad Jeff Martin is a police officer and nationally acclaimed personal coach and speaker.

Jeff A.D. Martin has brushed up against the harder, darker edges of society, both as a kid growing up in a tough neighbourhood in Etobicoke, Ont., and as a York Regional Police officer. He is dedicated to helping young people understand that no matter how difficult their circumstances may seem, they can rise above them and succeed.

A graduate of the University of Guelph-Humber justice studies program and of U of G’s certificate in leadership program, Martin has been a cop, a personal coach and a motivational speaker for 15 years. He is the author of the children’s book Brothers from the 6/Sisters from the 6: Role Models in My Community.

While he has seen things in his life that would make some despair over the human condition, Martin said he was guided by loving parents to stay on a path of optimism and faith. He learned early in life that difficult things are going to happen, but that we can choose how we interpret and react to those events.

“We can use that power of choice to allow us to do what we really want to do for our lives,” he said. “The choice you make can result in changing your life and the life of someone else in a really positive way.” 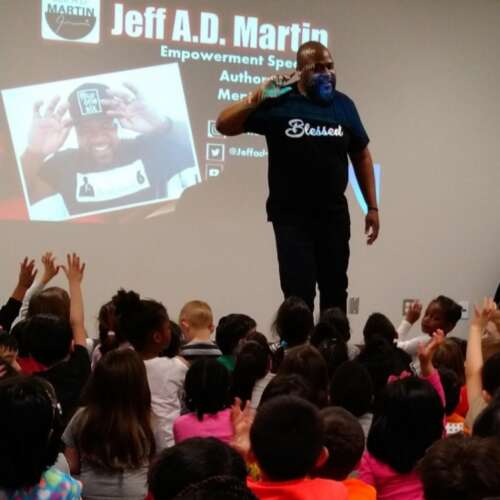 Martin sends a positive vibe to a room filled with children

In live presentations across Canada and now by web conferencing during the COVID-19 pandemic, Martin’s voice overflows with a positive vibe as he urges young people to see the best in themselves and to push through life’s struggles and discover their greatness.

“My attitude comes from recognizing that we don’t have to succumb to the circumstances that we happen to be in,” he said. “I want people to understand that we are not defined by our circumstances.”

He is a founding member of the not-for-profit organization Brothas from the 6, made up of men raised in underprivileged neighborhoods and challenging conditions around the Greater Toronto Area. Having pushed against obstacles to succeed, they are now giving back to their community through charitable works that help the disadvantaged, acting as role models and mentors for the younger generation and giving them skills to succeed in turn.

Martin grew up in a tough neighbourhood where he witnessed gang and drug activity, violence and firearm use. He chose to avoid participating in that world.

“We didn’t really have anybody who acted as a conduit to show us that we could use our potential to stretch beyond the negativity that we saw around us,” he said. “I always said to myself that I wanted to find a way to be that conduit for young people and help them make good decisions.” 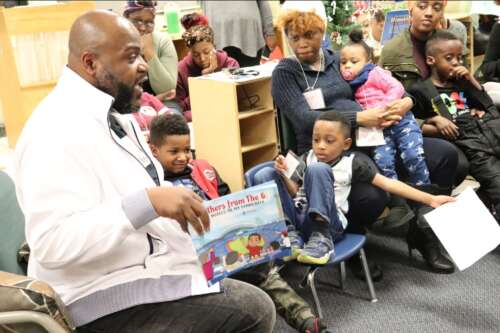 Martin saw policing as a way to use influence to help the community. He graduated from police college in 2005, a year known in Toronto as the “Year of the Gun.” Just 15 days after Martin graduated, a cousin was murdered in downtown Toronto at the age of 27.

“It was a real struggle for me,” he said. “There was that part of me that wanted to protect and serve. And another part that wanted to go out there and seek revenge, to have the killer’s family feel the exact same pain, hurt and anguish that me and my family felt. That side of me came from the negativity I learned in my neighbourhood.”

At the time, he says, someone shared with him a life lesson that stuck: Difficult things happen, and it is up to us to respond in positive or negative ways.

“I learned that I was able to take that energy and turn it around and realized that with my words I could perhaps change the heart and the mind of the next young person that wants to pick up a gun – inspire, through my words or writing, a kid or an adult to not drop out of school, not quit, not commit suicide,” he said.

With its call to face biases and end systemic racism, Martin says, the Black Lives Matter movement is an opportunity for positive change, a chance to get to know ourselves and each other better. 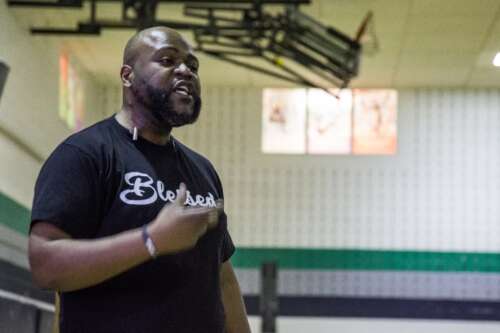 Martin speaks inside a school gymnasium

“We need to continue these conversations,” he said. “It is a lack of conversation that makes people scary; when you don’t get to know the unknown, that’s what makes it scary. Conversation allows the world to open up more, allows us to understand the differences between us.”

As worldwide protests mount against racism and to foster equity and justice for those who face discrimination, Martin said, amazing people are working for inclusivity behind the scenes, including teachers, doctors, judges and lawyers, and police officers.

“We have to use whatever skills we have to make change,” he said. “I use my public speaking skills to do that, especially when I speak to kids in tougher neighbourhoods, to help them understand that they are going to face some challenges, including racism. But your purpose is bigger than that. Stay focused on that and it will help you get through.”

Martin has experienced prejudice throughout his life and has always striven to rise above the pain it causes.

“For me, a person of colour, I’ve unfortunately faced many incidences where I was judged based on my skin colour, judged on my physical appearance,” said Martin. “I’m a big guy. I’ve had people scared of me when I walked into a room. If they knew me, knew my heart, knew my job, they wouldn’t be scared.”

He was in the ninth grade when a police officer first called him the N-word.

“Regardless of people’s opinion of me or whether they call me a name, I think my purpose in this life is greater,” he said. “It’s difficult to be called a degrading name, but I try to keep at the forefront that my purpose is bigger than that person’s thoughts about me.”

Police work has exposed him to some of the darkest aspects of society but also given him insights into the human condition and called on him to put compassion into action.

He will often sit down with a person he has arrested – usually a man – and ask them what they are doing with their lives and how they got to where they are. 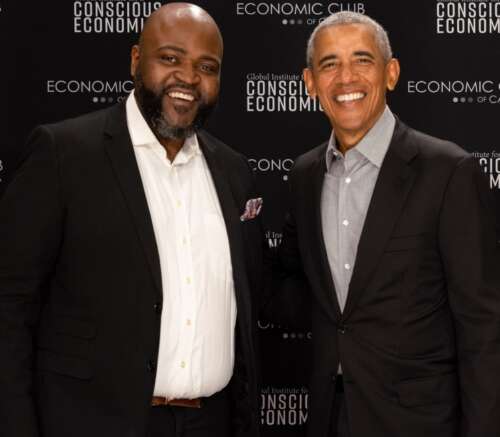 “I want them to realize that even when they’re sitting in jail, which may feel like the lowest point in their life, there is so much they can do to make a change,” he said, adding that many people have gone from jail to a successful life by making good choices.

Loving oneself is essential to living a good life and taking sound steps to fulfill potential, Martin said.

“One of the things I often speak about is affirmations – speaking to yourself kindly and saying things to yourself that affirm who you are,” he said. “We live in a world where people always want to tear you down and tell you who you are, but ideally you are the only one who can say who you are and what you’re about.”

His children repeat their own affirmations every night before bedtime, repeating the words: “I am smart, I am brave, I am strong, I am brilliant, I’m amazing.”

“You have to be your biggest cheerleader,” he said. “That’s a part of loving yourself – building yourself up in a world that can oftentimes be very cruel.”

Martin said faith is at the heart of his life, but he acknowledges that keeping that faith vital and growing is a daily challenge, especially now.

“To be human is to question, and to question is to question everything, including the existence of a power higher than us,” he said. “Especially in the last 10 to 12 months that we’ve had, with COVID and the racial unrest, with people losing family members, with seclusion and social distancing. It’s been a rough time. It’s been heavy for a lot of people.

“I ask myself in every circumstance, even the difficult ones, what am I here to learn? When I’m open to learning, it helps me to understand that what’s happening in this world right now isn’t happening to me, but it’s happening for me. There is always an opportunity to grow and learn.”