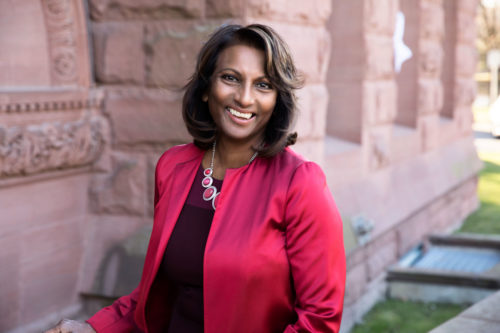 “We are delighted to welcome Indira to the University of Guelph,” Vaccarino said. “She has made significant contributions to advancing diversity, human rights and equity in Ontario, and brings with her a strong commitment to building an inclusive culture.

“Her substantial experience and expertise will propel our University as a leader in diversity and human rights. The fact that we were able to attract someone of her calibre speaks to our reputation for excellence, and I know the entire U of G community will join me in welcoming her.”

Elected in 2014 as MPP for Halton, Naidoo-Harris held several cabinet posts, including serving as Ontario’s first minister responsible for early years and childcare and as the first minister of the status of women.

As the first official voice for women in the province, Naidoo-Harris headed the Women’s Economic Empowerment Strategy and the Strategy for Gender-Based Violence. She also worked on anti-human trafficking legislation, led consultations across the province with women’s and Indigenous groups, victims of violence and social reformers, and worked with business and government officials on pay equity and other issues.

As minister of education, she worked with educators, community leaders, student organizations, parents and post-secondary institutions, and promoted a progressive curriculum rooted in inclusivity.

Before entering politics, Naidoo-Harris was an award-winning journalist in Canada and internationally with outlets including NBC, PBS, CBC, OMNI, TVO and CTV.

Earlier in her career, she was the communications director for the Ontario Ministry of Citizenship and Immigration; worked for the Alberta Human Rights Commission; and managed a youth community centre in a social housing complex.

In her public roles, Naidoo-Harris has represented Ontario, including at the United Nations Commission on the Status of Women, as co-host of the meeting of the federal-provincial-territorial ministers responsible for the status of women and at the National Aboriginal Women’s Summit.

At U of G, Naidoo-Harris will help foster a culture of inclusion by leading discussion and educational efforts about inclusivity, equity and accessibility. She will also help ensure fair and expeditious issue resolution within the University community through both independent and collaborative processes.

“I am honoured and excited to be taking on this important role at the University of Guelph and to be working with the remarkable staff, students and scholars at this prestigious institution,” said Naidoo-Harris.

She added: “Diversity and human rights are essential for true scholarship, collaboration and learning to happen. This is an incredible opportunity to lay a strong foundation for inclusion and acceptance for everyone on campus. I look forward to working with president Vaccarino and the amazing team at the University on the vital work ahead.”

In making today’s announcement, Vaccarino thanked Brenda Whiteside, former associate vice-president (student affairs), for her leadership while serving as interim AVP during the search process, which began in January.