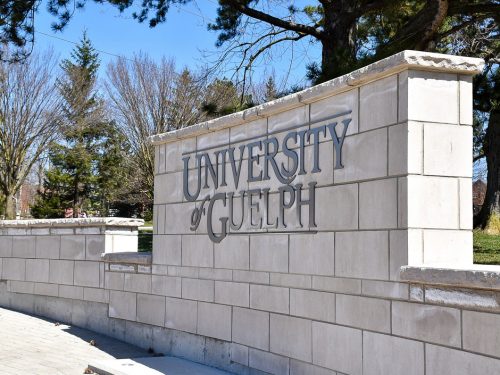 The provincial government has released a summary of a study it commissioned on sexual violence among university-aged people.

“Sexual violence is a societal problem that extends beyond college and university campuses, especially in the university-age population,” Chassels said.

“One sexual assault is one too many. As such, the survey results are a concern and demonstrate that as a society, we need to do more. Combatting sexual violence requires communal, collaborative action on campus and beyond.”

U of G strives to provide a teaching, learning and working environment that minimizes the number of incidents and that supports survivors and others affected by sexual violence, Chassels said.

She said the University stresses the importance of consent and bystander intervention and aims to ensure people feel comfortable in seeking support should they experience sexual violence.

The University delivers a consent program for new students, including student-athletes and students living in residence. It also runs numerous campaigns on sexual violence awareness and prevention initiatives throughout the year, from social media and educational campaigns to self-defence classes.

U of G’s principles and procedures for dealing with allegations of sexual violence are publicly available online.

As directed by the provincial government, U of G, through its Sexual Violence Advisory Committee (SVAC), will review current sexual violence supports, initiatives and policies, and will submit reports to the University Board of Governors and the Ministry of Training, Colleges and Universities.

“I feel U of G is well on top of all of the recommendations that were outlined,” said Betty McPherson Slack, a community member on U of G’s Sexual Violence Advisory Committee and the program nurse facilitator in Guelph General Hospital’s Sexual Assault/Domestic Violence Care and Treatment Centre.

She added that universities like U of G are working collaboratively with community partners to address the issue. “U of G can lead the way in that area.”