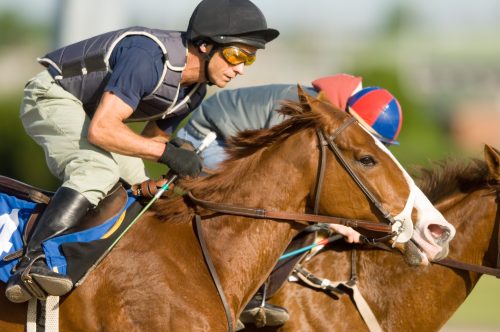 Racehorses need their breath to run their best. But inflammatory airway disease (IAD) can rob them of their stamina.

New research in the Ontario Veterinary College (OVC) at the University of Guelph shows the disease is much more common than previously thought.

“We looked microscopically at the lung tissue of horses that died during or just after races, and quantified the inflammatory cells within their airways,” said Prof. Luis Arroyo, Department of Clinical Studies. “We expected to find that the majority of the animals would have normal airways, with only a small number actually affected with the disease, but that was not the case.”

Graduate student investigator Federika ter Woort, under the supervision of OVC professor emeritus Laurent Viel, collaborated with pathobiology professor Jeff Caswell and Arroyo in the discovery that most of the horses had some degree of IAD, with mild to severe airway changes.

Previous research suggested the disease occurs in up to half of equine athletes.

“The disease was known to be common in racehorses, but not as widespread as this study reveals,” said Caswell. “The findings suggest that IAD does not result from unique exposure of an affected horse to the stimulus that causes the disease. But rather the research suggests that all racehorses may be exposed, with inflammation of the airways experienced by many.”

Published in the American Journal of Veterinary Research, the study examined lung tissue from 95 deceased racehorses, including thoroughbreds, standardbreds and quarter horses that had actively raced or trained before their deaths.

This was the first study to assess inflammation on a tissue level and the first to discover airway inflammation in horses not specifically selected for poor performance.

“None of the deceased horses showed obvious signs of airway inflammation in their final three races,” said Arroyo. “The research shows that inflammation is always prevalent in racehorses, even those that may or may not have respiratory signs.”

Unlike equine asthma in older horses, IAD causes no observable symptoms at rest but only during exercise. It most readily shows itself in poor race times, said Caswell. 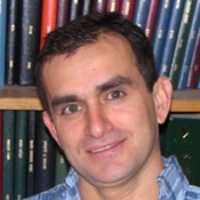 Possible causes of IAD include recurrent pulmonary stress, deep inhalation of dust, atmospheric pollutants and persistent respiratory viral infections. Young horses have higher risk of exposure to these factors because of frequent transport, intense exercise and time spent in stables.

Little is known about how IAD changes an affected horse’s lungs, said Arroyo.

“At this stage, the findings are mainly relevant to understanding the nature of the disease and how it develops. Until now, there was no knowledge about a potential correlation between the classification of the inflammatory cells in the airways and the lung tissues.”

The Ontario Racing Commission requires a mandatory autopsy when a horse dies in or soon after a race. That means experts know a lot about what causes racehorses to die. But since IAD is not fatal, it has not been closely examined until now, Arroyo said.

“This project gives important information regarding the health status of the performing horse. Developing a better understanding of IAD could lead to better health in horses and a more competitive horse racing industry.”