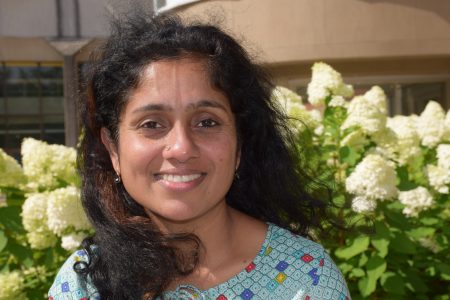 Many researchers and policy-makers have asked why young people leave the farm, never to return, says Prof. Sharada Srinivasan, the Canada Research Chair in Gender, Justice and Development at the University of Guelph.

The migration of young people out of agriculture, and the seeming lack of allure the sector has for the younger generation, is oft-studied.

Now Srinivasan wants to turn the inquiry around, as she begins a $285,000, four-year, four-country study on young farmers.

She and her team are eager to understand why young people stay in agriculture, or why they are attracted to it enough to want to start farming – the pull toward rather than the push away from agriculture.

They will explore the subject in Canada, China, India and Indonesia, countries where, Srinivasan says, similar patterns define young people’s pathways to and from farming.

Finding out why young people want to be on the land rather than leave it may help governments and agricultural colleges and universities formulate better approaches to encouraging the next generation of farmers, says Srinivasan, a professor in the Department of Sociology and Anthropology.

Studying young farmers is somewhat of a departure for Srinivasan, known for her expertise in gender-based discrimination and violence. Her new research was inspired by observations she made a few years ago while studying the so-called bride shortage in southern India, an outcome of the shrinking ratio of women to men. There, Srinivasan met young men who loved farming even though their occupation might have impeded their search for a wife.

“On the one hand, I’m seeing literature that’s telling me that young people don’t want to stay in the countryside, that they’re all leaving and there’s a crisis,” she says. “And here I am meeting these young men who are passionate about farming.”

She saw a need for deeper understanding of why many young people are attracted to farming – an issue she has explored since joining U of G in 2013.

The exodus from farming is a significant problem, one that sows uncertainty over who will own and tend land in the future, and who will grow food for an expanding human population.

The odds are often stacked against young people who love farming and want to pursue it. Farming is financially challenging. Weather is a relentless source of anxiety in the sector, and acquiring land is a challenge for young people who want to farm, Srinivasan says. 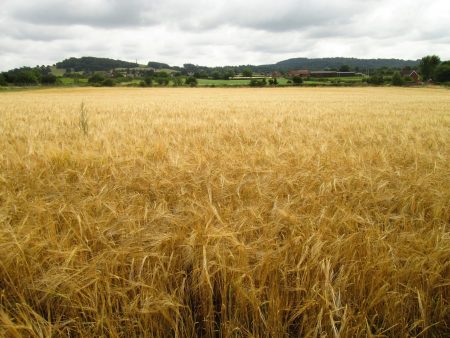 Educational and cultural impediments discourage young people from pursuing agriculture, including a fairly entrenched feeling that the occupation is less prestigious than other fields or less desirable than urban life.

“The education system has a strong urban bias,” she says. “These are factors that push people out of farming.”

While many young people want to farm despite the deterrents, strategies to retain or attract them to a life on the farm are largely absent in all four countries in the study.

“First and foremost, the outcome of this research is most certainly policy- driven.” Srinivasan says the problem of out-migration won’t be addressed until agriculture becomes a top government priority.

While good jobs in large urban settings can be difficult to find for young people, opportunities in farming may be more plentiful.

“Agriculture has huge levels of untapped potential with regard to employment. In the long run, I think the biggest policy implication is how to actually put a positive spin to agriculture and farming as a career option.”