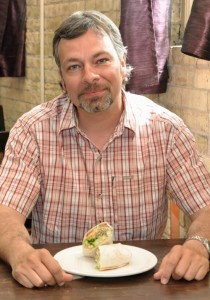 You dine out, you tip. But according to University of Guelph Prof. Bruce McAdams, it could be time to end that common practice. Interviewed for a CBC article on the elimination of tipping, McAdams offered statistics from a recent study he co-authored that show inequality in wages between servers and kitchen staff. He said servers make about $28 an hour including gratuities, about twice as much as those responsible for food preparation, a job of equal value in any restaurant. He thinks that gap could be closed by eliminating the traditional tipping model.