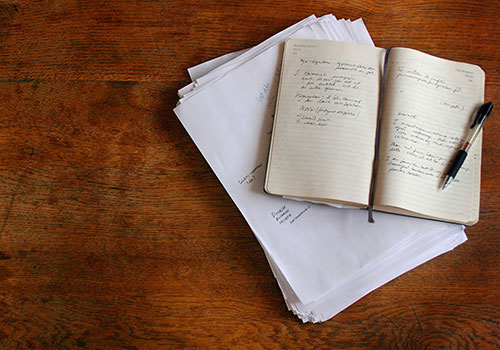 Founded in 2006, the master of fine arts (MFA) in creative writing program offered at the Guelph-Humber campus is getting attention for the high rate of publication success among its graduates.

“We are arguably the top MFA creative writing program in the country,” says Prof. Catherine Bush, the program’s coordinator. “Our students are incredibly talented.”

Liz Howard, a 2014 graduate of the MFA program, is a finalist for this year’s Governor General’s Literary Award for English-poetry for her first collection, Infinite Citizen of the Shaking Tent (McClelland & Stewart). The collection was her thesis project at U of G.

This past year, graduates have earned a significant number of awards, led by Ayelet Tsabari’s $100,000 Sami Rohr Prize for her short story collection The Best Place on Earth, completed during her time in the MFA program. Other award winners include Laurie Graham, who earned The Puritain’s Thomas Morton Memorial Prize for poetry and was short-listed for the CBC Poetry Prize. Lauren Carter won the Prism International Fiction prize.

Others were runners-up for awards: Aisha Sasha John for the Trillium Poetry Award with her collection Thou; Eufemia Fantetti for the Writer’s Union of Canada’s Danuta Gleed Award for A Recipe for Disaster and Other Tales of Love; and Leah Jane Esau for the Writer’s Trust of Canada’s RBC Bronwen Wallace Award for Emerging Writers.

Five novels by graduates were published this year, as well as six poetry collections. Two more novels and four poetry collections are scheduled in the next six months. U of G playwrights are also having success with three plays scheduled for production.

Bush credits the program’s success to a number of factors, including the quality of the students enrolled. “It’s an intensely competitive program with about 130 applicants every year for just 12 spaces. Our students have to have undergraduate degrees but they don’t have to be in English, which leads to a more exciting and diverse community.”

She also mentions the top-level faculty, who share what they’ve learned from their own writing experiences, and the program’s mentorship semester in which an international array of professional writers work one-on-one with students during the summer of their first year in the program.

Students also have many opportunities to connect with agents and editors during the program. “When they graduate, they already have a foot in the door and connections in the literary community,” says Bush. “As a result, we have an extraordinary track record of publication and of awards won, including international awards — and the program isn’t even 10 years old.”