In 2018, Time Magazine published an article titled “Home Is the ‘Most Dangerous Place’ for Women Around the World.” Since then, its headline has reverberated globally.

It’s repeated annually during the 16 Days of Activism Against Gender-Based Violence, which begins on Nov. 25. The finding that inspired the headline came from a 2018 study by the United Nations Office of Drugs and Crime.

Private and public violence complement and reinforce one another. Through their interdependence, these forms of violence maintain the patriarchal social structures that keep women and girls “in place” both in the home and in public.

The fact that the home is the “most dangerous place” for women and girls is vital information. It can inform safety planning as well as the prevention of sex and gender-related killings of women and girls, also known as femicide.

The relevance of this fact has been acutely felt since the beginning of the COVID-19 pandemic, and continues to be as women and girls are periodically locked down in the very location deemed to be most dangerous for them.

The threat of public violence 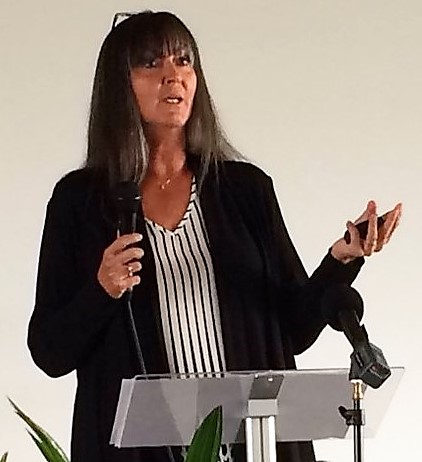 Research shows that women and girls’ fear of crime is more often about the threat of public violence than violence by men they know well.

Women are taught from a young age that it is “stranger danger” that must be feared. Therefore, while learning early to ensure their own protection from unknown males, women and girls are increasingly at risk from men they know.

This is violence they cannot usually avoid by adjusting their daily routines or activities. Women and girls must go home sometime — if they have a home — otherwise their risk of public violence may increase. It is often “better the devil you know then the devil you don’t” — a cliché, yes, but reality for many women and girls.

Private violence — in the home and by male intimate partners or family members — is facilitated and maintained by public violence in the form of the ongoing threats and everyday experiences of misogyny, abuse and violence perpetrated against women and girls by men. Experiences that limit their movements and activities, keep them closer to home.

This status quo is reinforced, despite claims of various systems (like governments, police, courts) and individual men that women and girls will be protected. One need only look at the abuse some of the most public female figures, like politicians and journalists experience online and in person to understand that public violence serves to remind women to stay in their place. Except that their place — the home — is also often rife with abuse and violence.

Women and girls protecting themselves

The almost invisible link between public and private violence was starkly highlighted in March of this year with the kidnap, rape and femicide of Sarah Everard in the United Kingdom. She was killed by a London Metropolitan Police officer, who was recently convicted.

In the flurry of coverage that took over media feeds globally, much was made of the fact that this was a rare event.

It is true that the proportion of women and girls killed by strangers remains low — a fact that is documented in most regions, including Canada. What is largely absent from these discussions is that this “statistical fact” is largely due to the ongoing and ingrained actions taken by women and girls to protect themselves.

Some women and girls can protect themselves from public violence more effectively than others given entrenched inequalities and an inequitable distribution of resources. For example, it is recognized that the use of public transportation can be a risk for women and girls. Some can avoid using it during higher-risk times (like late at night) or do not use it at all (if they own their own vehicle). Sometimes public transportation is not even an option, however, depending on where they live, leaving women and girls dependent on others, often men and even strangers.

Regardless of their social location, most women spend a good proportion of their day and mental resources (whether they realize it or not), adjusting their daily activities, routines and home security measures to avoid victimization. For many women and girls, these efforts fail.

Worse still are the experiences of Black, Indigenous and other racialized women and girls whose experiences with misogynist threats and male violence are compounded by racism.

Private and public violence rely on each other

All of this is exacerbated by the rise in digital abuse and violence. Online abuse is more of the same for women and girls, packaged differently and often increasingly difficult to protect themselves from.

It is crucial to not emphasize violence in one sphere over the other because they are intricately connected. Private and public violence (or threats thereof) rely on each other as forces that work together to ensure women and girls stay in their place — the one that patriarchal social structures have prescribed.

Gender equity is still far from a reality. And challenges compounded by the COVID-19 pandemic are threatening what progress has been achieved. Violence in any sphere is felt acutely by women and girls as they seek to remain safe, like everyone else, from COVID-19, but also from male violence in both private and public spaces.