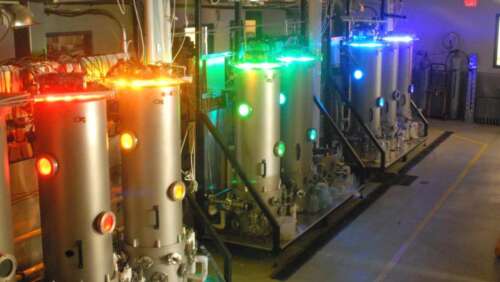 Whenever the first food plants are grown on the moon or during the inaugural voyage to Mars, a University of Guelph researcher may be able to claim some credit for helping to get them there.

This year, Dr. Tom Graham, a professor in the School of Environmental Sciences (SES), was named co-chair of a newly assembled national jury vetting ideas for growing crops in space – a key requirement for long-duration space flight or NASA’s moon base, planned beyond 2024.

“In order for us to go past low-Earth orbit, we need the capacity to produce food and grow crops,” said Graham, adding plants will also provide other essential life support functions during space expeditions, from regeneration of breathable air to maintaining mental health.

His co-chair on the Deep Space Food Challenge jury is Canadian astronaut Chris Hadfield. Other U of G members of the new 11-member jury include Dr. Lawrence Goodridge, Department of Food Science, and Dr. Cara Wehkamp, U of G’s special adviser to the president on Indigenous initiatives and an SES doctoral grad.

The group will assess Canadian team proposals for food production technologies to support long-duration space exploration. Back on Earth, the competition is also intended to help growers improve food accessibility and security across Canada.

“The goal is to positively impact Canada beyond just space missions,” said Clélia Cothier, project manager for the challenge at the Canadian Space Agency (CSA). “We hope that the technology or system innovations could help support remote and Northern communities.”

Hoping to spur innovation, the CSA teamed up with the U.S. National Aeronautics and Space Administration (NASA) to launch the competition early this year.

Also involved is the Impact Canada Initiative, which involves federal agencies in various challenges to spark innovative solutions to problems such as food waste or housing provision.

Initial Canadian team submissions were expected by the end of July. The jury will vet those proposals and invite up to 10 semi-finalists this fall to submit prototypes. In the third phase of the competition, as many as four finalists will then build full-scale demonstrations.

Support funding will be made available to Canadian semi-finalists and finalists. A grand prize winner will be selected by spring 2024. 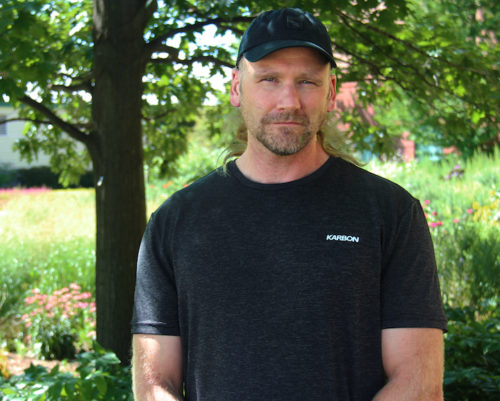 Graham said he anticipates longer term projects will include ideas for automation, such as artificial intelligence and machine learning for growing crops, as well as genetics and crop breeding concepts for space.

“I expect a smorgasbord of brilliant ideas we can harvest,” said Graham, holder of the PhytoGro Research Chair in Controlled Environment Systems at U of G.

In addition to serving as co-chair for the national panel, Graham belongs to the international jury panel that will assist NASA in evaluating submissions from around the world. He has spent 25 years in space-related research and outreach, including a three-year post-doctoral stint at NASA.

Currently, he is collaborating with SES professor Dr. Mike Dixon on a CSA-supported project intended to grow plants on the moon by 2024-25. Graham also heads an expert team to advise the CSA on future food production initiatives.

U of G researchers use the University’s Controlled Environment Systems Research Facility (CESRF) to study plants grown under varying light, pressure and temperature, including extreme conditions posed in space or harsh environments on Earth.

Graham said Canada is one of the world leaders in studying plants for life support systems. U of G researchers have worked with the CSA and other international space agencies for decades in this field.

Studies of LED lights intended for use in space – including work in the CESRF – have helped to revolutionize lighting in Earth-bound greenhouses and indoor vertical farms.

“Technology transfer can improve life on Earth. As an example, LED lights as a plant production tool evolved out of work at NASA, as LEDs met the unique requirements of space flight. Twenty-five years later, they’re becoming the standard horticultural and vertical farming lighting system.”

For her earlier graduate studies, Wehkamp worked with crop plants grown under low pressure in the CESRF.

During the pandemic, Goodridge has helped lead wastewater surveillance for the COVID-19-causing virus.

At least one U of G team has submitted a proposal to the Deep Space Food Challenge.