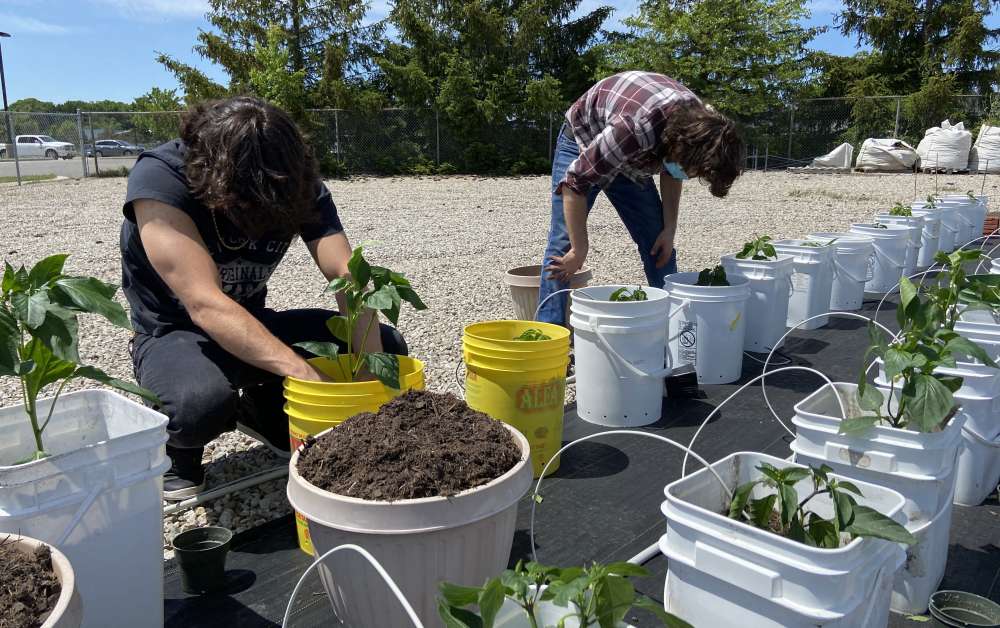 A spicy hot sauce grown, brewed and bottled by University of Guelph food science students will be back again this year and this time it will be accompanied by a bold new sister sauce.

CannonFire – named in honour of Old Jeremiah, the naval gun that’s become a landmark on the U of G campus – will be back on sale again this winter, with students planning to bottle and sell more bottles than ever.

A second sauce – still to be named – is also in the works. This sauce will have a tropical twist and will be a blend of pineapple, hot peppers and spices. It’s expected to pack a medium level of heat for those looking for something a little sweeter and milder. 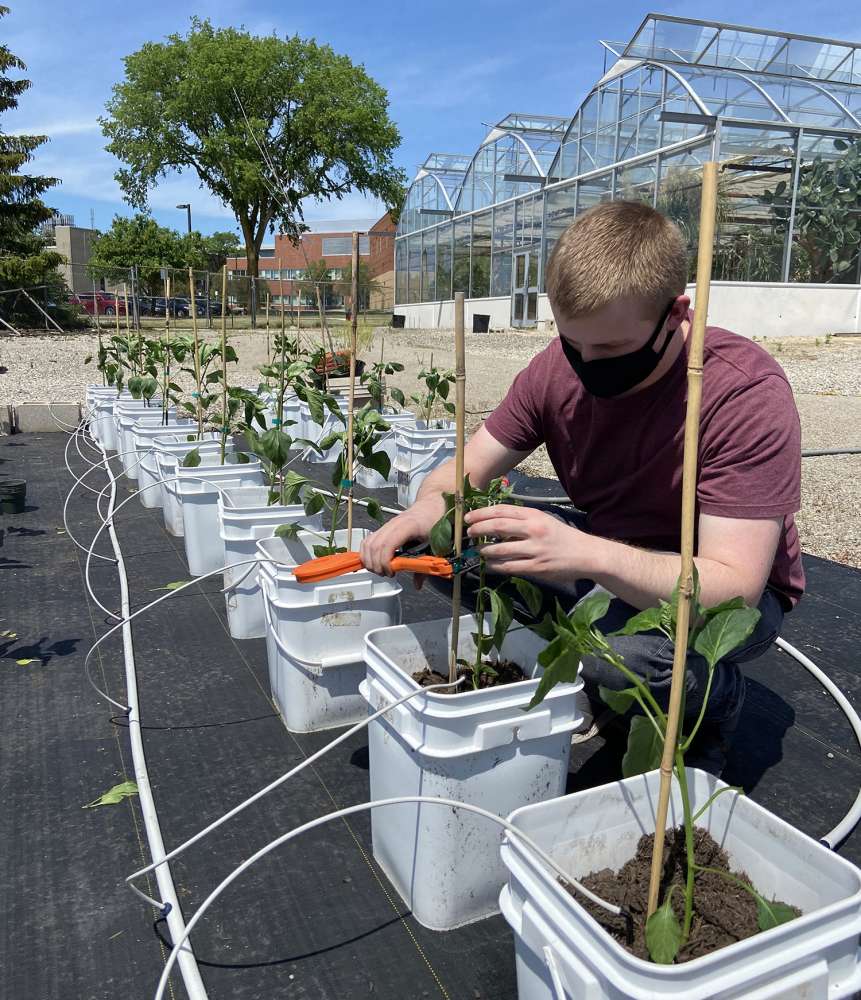 Just like the “classic” CannonFire, the new sauce will be made from peppers grown on the U of G campus. Every pepper will be hand-picked and chopped by students, and then processed and bottled at the Guelph Food Innovation Centre (GFIC).

With previous runs of Cannon Fire selling out quickly, this year, nearly 120 pepper plants are growing outside the Bovey Greenhouse on campus – four times as many as last year.

All America Selections donated the seeds and Food Science students began planting them in late winter, with the help of greenhouse technician Rodger Tschanz, a sessional lecturer in the Department of Plant Agriculture. A mixture of 10 pepper varieties, the plants range from sweet peppers to jalapenos to spicy habaneros and more.

Later this summer, student volunteers and GFIC co-op students will help to harvest and freeze the peppers. Then this fall, students will brew and bottle up the sauces in the GFIC pilot plant.

GFIC director Derek Vella launched the hot sauce project in 2018. The goal, he said, was to offer a “true, student-made, seed-to-shelf project” so that undergraduate food science students could gain hands-on learning in food production outside the classroom.

“Our hope is that this will be an opportunity for students to experience the entire arc of concept ideation to product launch and have something that represents their year,” he said. 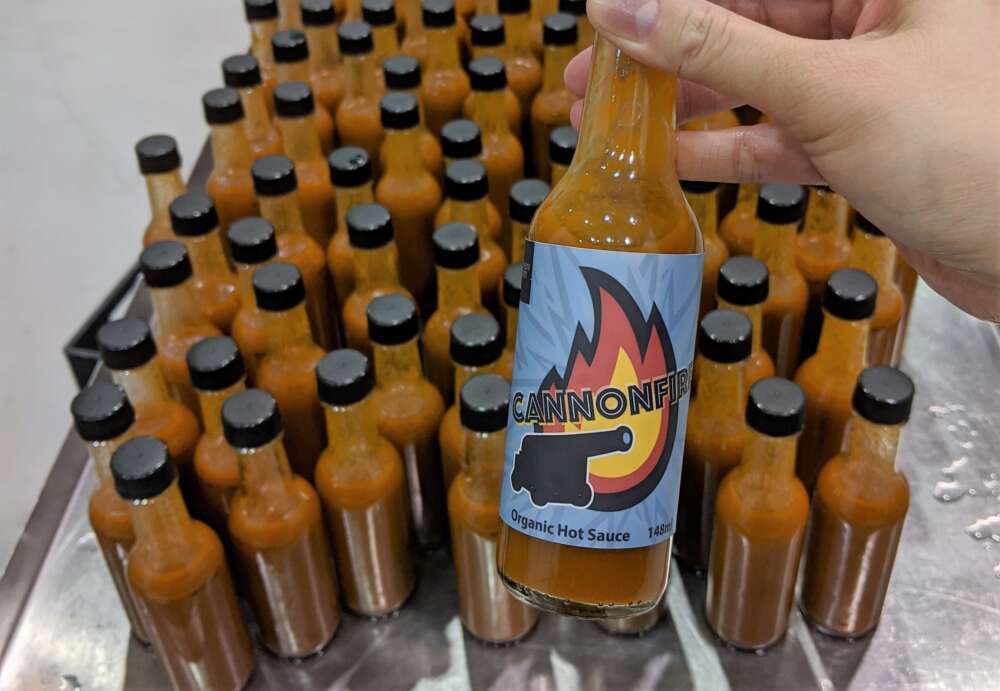 The Cannonfire hot sauce of 2020

The first year of the project saw organizers buying peppers from the Guelph Centre for Urban Organic Farming. Then last year, the team decided to grow the peppers themselves – which posed a challenge as the pandemic led to campus-wide shutdowns.

U of G Hospitality and Bovey greenhouse staff stepped in to help a small group of co-op students tend to the seedlings, while a small team helped brew and bottle the sauce.

This year, as many as 30 volunteer students are expected to take part in the expanded sauce project. While they won’t get academic credit for their work, they will get a chance to take part in designing and developing a food product from start to finish — from pepper growing and recipe refinement, to the bottling, labelling and marketing.

Vella said the plan is to continue offering the classic CannonFire sauce every year while also having each annual cohort of Food Science students experiment with recipes and flavours to create a limited-edition “signature” sauce, such as the Class of ‘22’s tropical pineapple idea.

“The thinking this year was to create sauce that offers a taste of the tropics after more than a year of restricted travel and virtual learning,” said Vella. “So we’re hoping to come up with a name that captures the events of the last year or two.”

Want to help with the name? Send your ideas to foodpd@uoguelph.ca.