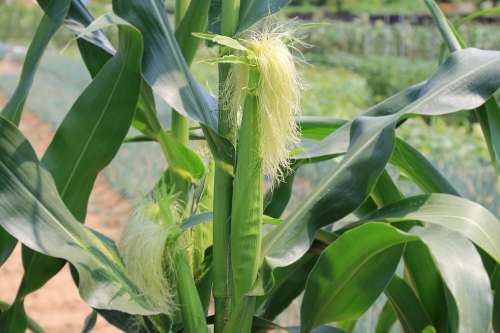 That silky, gold-coloured tuft you normally discard along with your corncob husks is worth more than you think.

For the first time, a team of University of Guelph researchers has shown corn silks naturally contain diverse microbes, a finding that may point to a new strategy to protect the cob from fungal infections.

Their discovery of this corn silk microbiome may help improve breeding and farming practices to avert costly and harmful fungal outbreaks, protect one of the world’s three most important food crops and increase food security globally.

Published recently in Scientific Reports, the study was led by Dr. Manish Raizada, a professor in the Department of Plant Agriculture, who worked with first author Dr. Eman Khalaf and other co-authors in Raizada’s lab, as well as collaborators from U of G’s Ridgetown Campus, Metagenom Bio Inc. in Waterloo, Ont., and Agriculture and Agri-Food Canada in Ottawa.

Corn silk is part of the plant’s reproductive system, akin to the female reproductive part of a flower. Each corn cob contains 300 to 600 silks. Raizada estimates that there are more than 4,000 kilometres of silks per acre of corn.

At the bottom of each individual strand of silk is an egg that, once fertilized, will generate a kernel on the cob.

Within a few hours after landing on a silk, a pollen grain spurs growth of a pollen tube enabling sperm to travel down the strand toward the egg. That pollen tube is one of the fastest growing tissues in nature, said Raizada.

But those silk channels are also a conduit for fungal pathogens seeking abundant nutrients and moisture. “It’s a free passage along the silk road,” he quipped. 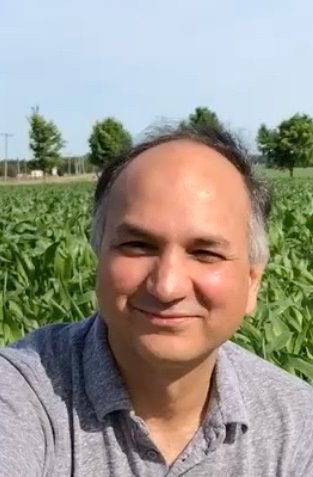 The fungus Fusarium contaminates cereal grains with mycotoxins that pose health threats to humans and livestock. In 2018, an outbreak led to a 40-per-cent loss in sales for Ontario farmers; for some countries, global outbreaks are a billion-dollar problem. “It’s a persistent problem around the world in temperate environments,” said Raizada.

In tropical Africa and Latin America, other silk-invading fungi produce cancer-causing products such as aflatoxin in corn grain similar to that in peanuts.

Raizada wondered whether corn silks might also attract “good” bugs that help fight off fungal infections. “This is a beautifully long tissue full of nutrients. It’s the perfect tissue to support bacteria.”

To find out, the U of G team grew corn for two years at the Ridgetown Campus and analyzed silk tissue on the cobs for microbes.

They discovered that healthy silks contained about 5,000 different species of bacteria; 10 kinds accounted for about half of the entire microbiome.

“We were so surprised at the diversity,” said Raizada. “We were not expecting that complexity.”

To test effects of Fusarium infection, the team compared corn silk treated with the fungus with untreated corn silk.

In treated plants, many rare bacteria disappeared from the microbiome. Raizada said the fungus may outcompete the bacteria for nutrients, the pathogen may kill bacteria directly or bacteria may be susceptible to the plant’s own defences against the fungus.

At the same time, 10-15 kinds of bacteria increased in number in the fungus-treated plants. His lab is now testing whether these bacteria, when sprayed separately onto silks, can protect them against future Fusarium attacks.

Corn silk needs water and nitrogen to grow and is sensitive to environmental stresses such as drought. The U of G team found that some silk bacteria are nitrogen fixers that can convert atmospheric nitrogen into a form used by the plant. More work is needed to determine whether this happens in silks. 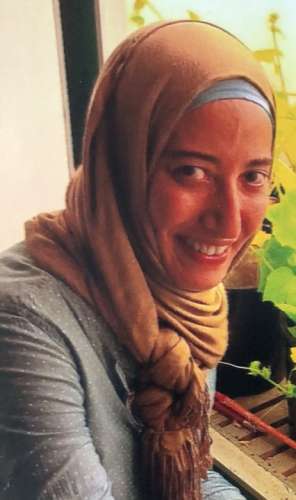 Predicting that some microbes may be found to produce natural pesticides, Raizada speculated that these compounds target insect eggs often laid in corn silks.

He said the study may benefit farmers and corn breeders. Farmers might spray “good” fungi-fighting bacteria on corn fields, for example. Breeders might select for resistant bacteria that might be inherited through corn seeds.

“Now that we have revealed that this microbiome exists and have pointed out which bacteria are helpful, there is an opportunity through sprays or breeding to ‘stack’ good bacteria.”

He said corn silks have long been used in teas for their herbal and medicinal properties in Mexico and China.

“Name the malady, and they’ve been implicated in solving gastrointestinal issues, arthritis, urinary tract infections, obesity,” he said. “It’s known that bacteria produce lots of beneficial compounds in plants. We think some of these medicinal and herbal compounds are coming from the silk microbiome.”

Another recent study found a microbiome in reproductive parts of other plants, including apples and pears. Raizada predicts similar microbiome defences will be uncovered in future.

During its domestication over the past 9,000 years, the corn plant has changed dramatically, including developing the silk tassels and their associated microbes. “We think breeders have been inadvertently selecting for plant genes that may partly promote colonization of these good bacteria,” he said.

“One of the incredible joys of being a scientist is being able to discover something that no other lab has even seen before, and that’s the case here. I look at corn silks completely differently.”

This project was funded by the Natural Sciences and Engineering Research Council, the Ontario Ministry of Agriculture, Food and Rural Affairs, Grain Farmers of Ontario and Ontario Genomics.