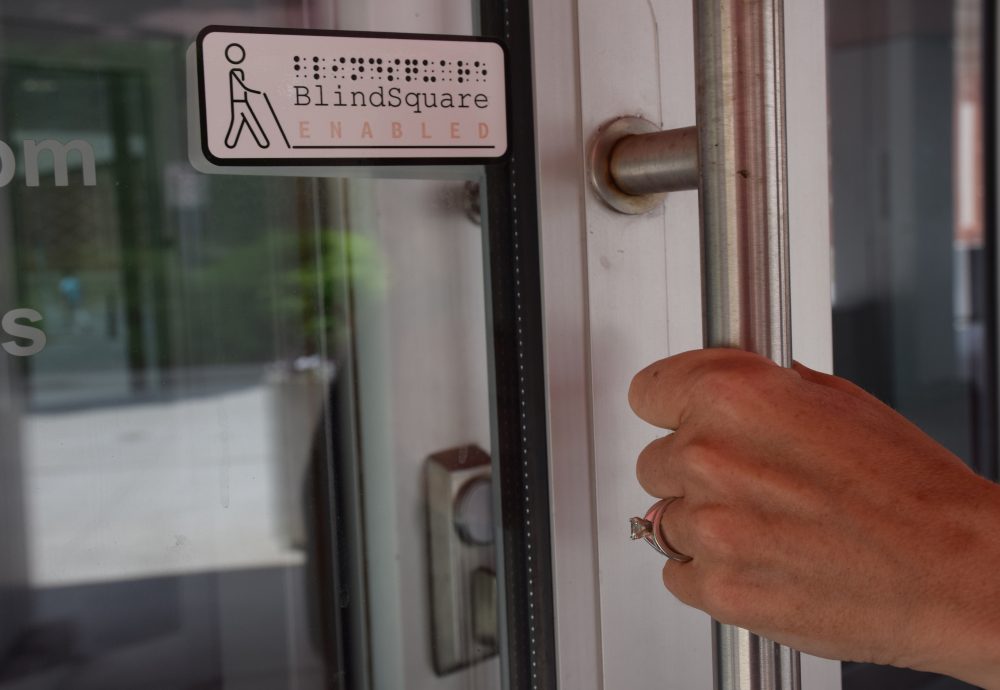 The University of Guelph’s app-based wayfinding system was featured in a May 27 article on University Affairs.

U of G’s Jill Vigers, manager of architectural design in Physical Resources, explained that the University uses the BlindSquare system, a mobile app with audio voicing that helps visually impaired people navigate campus.

She said that while students with visual impairments make up only a small fraction of the University’s population, the system is important for building a culture of inclusivity.

Last summer, U of G became the first Canadian post-secondary institution to install a complete electronic wayfinding system to help visually impaired people find their way around campus and inside buildings.

The system uses a network of battery-powered, wall-mounted beacons whose low-energy signals are picked up by the user’s device. The app recognizes the beacon and triggers a voice-over to orient the user inside a building and to provide directions.

U of G aims to make the system available throughout the entire campus within the next four years.

Read more about U of G’s BlindSquare initiative.