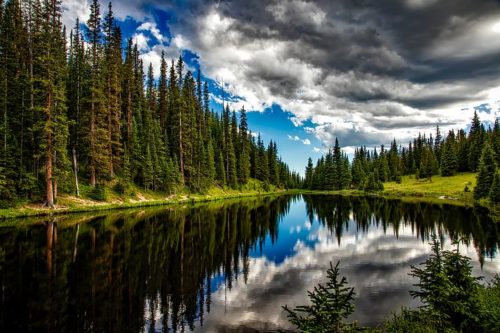 This article was originally published in The Conversation. It also appeared in the National Post.

Few places on our planet remain untouched by humans.

The growing global demand for food, fibre, fuels, shelter and freshwater is driving the loss and degradation of natural forests, wetlands, coastal areas and other ecosystems. It has had devastating consequences for biodiversity and the life-sustaining services that ecosystems provide, such as clean air, safe drinking water and a stable climate.

The explosive growth of towns and cities and land use changes — forestry, agriculture, mining — destroyed an astonishing 3.3 million square kilometres of terrestrial wilderness (an area larger than India) between 1993 and 2009.

The high seas haven’t escaped the breadth and reach of human activity either. Today, industrial fisheries, pollution and marine traffic are threatening more than 87 per cent of the world’s oceans.

Studies like these have helped draw attention to the astonishing pace and scale of global habitat loss at a time when policy-makers are expected to increase the coverage of protected areas.

We are fast approaching the 2020 deadline for achieving the United Nations’ Strategic Plan for Biodiversity and its 20 Aichi Biodiversity Targets, including Target 11. That initiative obligates countries to protect 17 per cent of terrestrial areas and inland water, and 10 per cent of marine and coastal areas.

A mid-term analysis of progress on the Aichi Targets, published in 2014, showed that most countries would likely fail to meet their own goals. But there is a promising way forward where countries can protect biodiversity and recognize Indigenous peoples as conservation partners.

At the global scale, the number of terrestrial and marine protected areas have expanded since 2011. As of July 2018, there were 238,563 designated protected areas recorded in the World Database on Protected Areas. These areas collectively protect more than 20 million square kilometres of land (14.9 per cent of the Earth’s land surface) and six million square kilometres of oceans (7.3 per cent).

While the global community is on track to achieve its spatial goals by the 2020 deadline, there are concerns that the focus on quantity of protection instead of the quality of protection is undermining biodiversity conservation.

There is also the danger that in the rush to meet the 2020 deadline, many new protected areas will simply be “paper parks” that remain open to the consumption of biodiversity within them, such as industrial fishing, or suffer from inadequate resources and enforcement.

The remaining pieces of intact wilderness, such as the Canadian boreal forest, have received considerable attention as targets for conservation. But the conservation community and policy-makers have largely overlooked the need to protect small and isolated patches of wildlife habitat that persist in humanized landscapes (landscapes changed by people).

This includes remnant wetlands located in urbanized areas such as southern Ontario and on the Lower Mainland of British Columbia as well as industrialized zones, like the Peace Region of northeastern British Columbia, that have been severely impacted by logging, oil and gas extraction, mines, dams and other resource development.

Fortunately, there is a way to recognize and support biodiversity conservation in these developed and managed landscapes.

Countries can meet their global targets for terrestrial and marine conservation outside of formally designated parks and protected areas with “other effective area-based conservation measures,” or OECMs. These include managed forests, urban greenbelts, military lands and waters and territories managed by Indigenous peoples.

These landscapes have too often been dismissed for conservation as “landscapes of regret,” owing to their degree of fragmentation and ecological degradation from human activities, including urbanization, agriculture and resource development.

We believe these areas hold out great hope as “landscapes of opportunity” for conservation. They contain important remnant of habitats for endangered wildlife and offer essential ecosystem services such as flood control, and can reconnect urban populations to nature.

A recent global synthesis of conservation studies shows that even small habitat patches are important for biodiversity and should no longer be neglected for conservation.

In addition, OECMs offer much-needed recognition and support for Indigenous-led conservation efforts, such as tribal parks. Studies show that tribal parks conserve biodiversity and are crucial to maintaining cultural and spiritual identity and connection to the land. 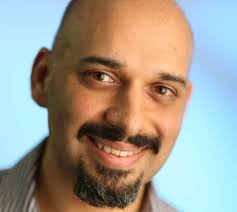 Canada is an emerging leader in exploring the use of OECMs, including tribal parks to meet its international conservation goals. For example, Parks Canada and the Indigenous Circle of Experts have been working together on “Canada Target 1,” with the goal of meeting the Aichi target 11. The process involves First Nations, Inuit and Métis, and commits to using both western science and Traditional Ecological Knowledge.

Read more:
Indigenous protected areas are the next generation of conservation


In the 2017 budget, for example, the federal government allocated $25 million over four years to the Indigenous Guardians pilot program. The program supports communities engaged in the stewardship of traditional territories, including ecological restoration activities in areas impacted by forestry, oil and gas development and other industrial land use.

The global biodiversity crisis necessitates conservation action that is both effective and equitable. Recent progress to expand the global coverage of traditional parks and protected areas is encouraging, but we must not lose sight of the critical need for new and innovative forms of conservation governance.