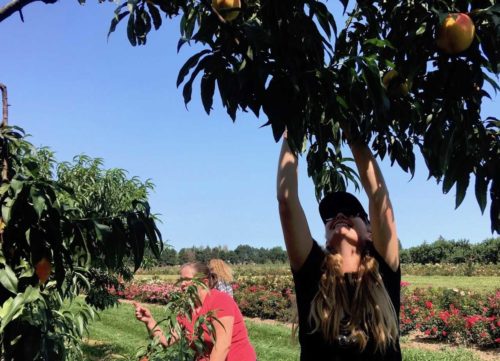 This article is orignially appeared in The Conversation and was republished by the National Post.

Have you ever decided against buying fruit because it looks discoloured or brown? Or bought fruit that looks beautifully ripe, only to find it’s hard, tasteless or rots too quickly in your home?

Globally, food waste is a significant problem. We often read about the amount of food that gets wasted after being purchased, or that gets thrown away by supermarkets. But food waste also happens before fruit even gets to markets and consumers.

Fruits like mangoes, bananas, papayas and limes are shipped long distances before they get to your table. Many fruits are delicate, and there may be a long period of time that elapses between when the fruit is picked and its arrival in grocery stores and other markets. They’re often picked before they’re truly ripe in order to increase their shelf life.

Even so, globally, up to 40 per cent of all picked fruit can be lost and this represents billions of dollars. But what if we had the technology to delay fruit’s natural degradation process? This is where hexanal can make a difference.

Like everything else, fruit ages with time. The shrivelling and rot is triggered by the enzyme phospholipase D (PLD), which causes the eventual collapse of the fruit’s membrane. Essentially, fruit membranes are snug, and function like a brick wall of phospholipid bilayers. Phospholipase D breaks the alignment of the bricks, causing the membrane to crumble. Hexanal acts by reducing and slowing the formation of PLD, which in turn slows the collapse of the fruit’s membrane.

Hexanal is naturally produced by plants to ward off pests; our research at the University of Guelph has found that when it’s applied externally, hexanal can also slow down the aging process.

In partnership with agricultural and social science researchers in Canada and five other countries, we have tested nine hexanal technologies. These include a spray formulation that gets applied to fruit when they’re still on trees, post-harvest dips, fruit wraps, stickers and sachets embedded with hexanal.

Our findings have implications for consumers, retailers and, more importantly, farmers. For example, when applied as a pre-harvest spray, hexanal can keep fruit on trees longer and keep it fresher after harvest — up to three weeks longer for mangoes.

Similarly, fruit that is dipped in hexanal after harvest can stay fresh for between three and four weeks longer. This means that fruit can be tree-ripened, picked and shipped to its destinations, where it would arrive in better condition and would contribute to less fruit being discarded as unpalatable or marketable.

What does this mean for you? For consumers, the benefits of hexanal include fresher fruit, improvements in flavour and less wasted money. Fruits tested with hexanal in the Niagara region include nectarines and apples.

Nectarines are particularly prone to interior browning and mealiness, even when they look healthy and ripe from the outside. Field tests with nectarine trees demonstrated that a pre-harvest spray extended their shelf life by nine to 12 days, and delayed the browning and mealiness of the fruit.

Apples also taste better if they are allowed to ripen more on the trees.

Some popular varieties — like Honeycrisp — can develop a condition called bitter pit when in storage. This affects the way the apples look and makes them harder to sell. Hexanal helps prevent this.

We also found that there’s potential for using hexanal to improve the transportation of tastier fruit varieties that are currently too delicate to ship internationally.

Hexanal means the potential to improve farmers’ livelihoods. For example, tests in Tanzania found that using a pre-harvest spray reduced fruit falling from trees before harvest by 40 per cent.

In India, spraying mango trees allowed farmers to delay their harvests. This meant that rather than having to sell their mangoes during the seasonal market glut, farmers could sell them slightly later, resulting in an up to 40 per cent increase in their selling price. 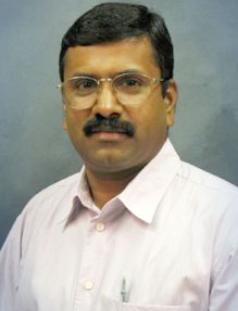 Mango farmers in India also found that using the hexanal spray increased their harvest by about five kilograms a tree. In Sri Lanka, teams tested a post-

harvest wax application, and found that it increased the shelf life of mangoes and papayas by up to 21 days.

In the Global South, small-scale fruit farmers are common. The prices farmers can get for their fruits are shaped by market conditions, the condition of the fruits and their ability to bargain with middle-men, markets and consumers.

Hexanal-based technologies help farmers to stretch the season and increase their bargaining power. This in turn affects their ability to buy food, support their families and send their children to school.

One of the common questions farmers asked us is whether hexanal is safe to use and apply.

Hexanal is naturally produced by all plants and is already found as an additive in some food products. Hexanal is also approved by Health Canada as a flavour formula. Our tests of synthesized hexanal sprays, dips and other technologies showed that there were no negative effects on plants, insects or 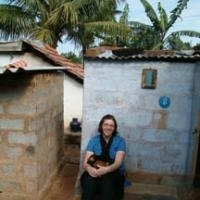 other animals. In addition, hexanal evaporates within 24 hours, which means there’s no residue left on fruit.

As with any new agricultural technologies, countries will need to approve its use, support the development of marketing processes for hexanal and farmers will need to learning the best techniques and the right time to apply the technologies.

Farmers who participated in hexanal testing in Canada and elsewhere were happy with the product both in terms of its effectiveness and bio-safety.

Currently, hexanal for agricultural use is in the two-year regulatory clearance process in Canada and the U.S. Once the process is complete, hexanal formulations are expected to be available for farmer use and can be accessed through companies with a license for production.

Overall, hexanal-based technologies are economical, safe and beneficial approaches that can be harnessed as part of reducing global food waste.