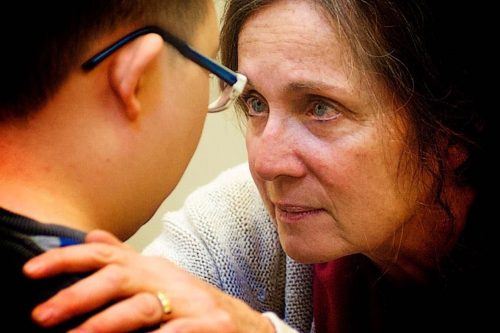 Having lived with epilepsy all her life, renowned Canadian playwright Judith Thompson says she understands the fear, vulnerability and isolation of living with an unpredictable medical condition or disability.

“For me, as a child and adolescent, it was always living with the fear that I may have an attack and be humiliated in front of my peers,” she says. “It was like living with an axe hanging over my head.”

From that experience came the empathetic impulse that brought into being the Rare Theatre Company, a company which she started a few years ago to put disabled performers and marginalized communities in the spotlight.

Her latest work, After the Blackout, recently completed a successful run at Toronto’s Soulpepper Theatre.

“The mandate of our theatre company is to represent people and communities who are seldom heard and rarely seen on our stages or elsewhere,” says Thompson, a professor in U of G’s School of English and Theatre Studies.

The stage is a place where vulnerability can be harnessed and isolation lessened, where the real world in all its many forms and colours can be represented, and where all participating in the collective theatrical experience can feel deeply, says Thompson.

Thompson has been acclaimed as one of Canada’s most important playwrights since her The Crackwalker shook up the country’s theatre scene back in 1980. Her plays have been mounted around the world and turned into feature films, television movies and radio dramas. She has twice won the Governor General’s Award for drama and has been appointed an Officer of the Order of Canada, among many other honours.

“Finally, the colour barrier is somewhat broken, and you do have black actors playing Hamlet or Cleopatra. Women and people who aren’t white are finally being seriously considered and included. That is absolutely wonderful,” she says. 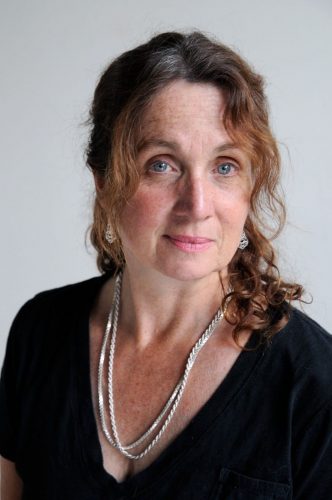 Playwright Judith Thompson founded the RARE Theatre Company to put artists with disabilities and other marginalized communities in the spotlight. (photo by Rare Theatre Company)

But disability is rarely seen on stage and screen, as though society still feels a need to keep it hidden, she says.

“Now, I want to see real difference on stage – disability in all its colours. Why can’t there be a blind Juliet or a one-legged Juliet? These are people who live in our community. Why can’t they be artists, too? Why can’t we see the real world that’s out there?”

She is doing her part to make that happen. Her work in recent years with differently abled players, including this spring’s After the Blackout, has been well received by audiences, and has been called raw, daring, magical and deeply stirring by critics.

Rare Theatre Company’s productions are noted for drilling into the depths of human emotion – into the poetry, authenticity and raw truth of life. She says there has been a “huge learning curve” involved in crafting and staging the recent plays.

After the Blackout features a cast of actors who are blind, deaf, brain-injured or amputees in real life.

“It’s radical theatre to have six disabled bodies on stage and to have it not be a play about disability,” she says, speaking of the unusual and captivating quality of the play. “These are six people with disabilities, most of whom who are rarely cast.”

The first of Rare Theatre’s productions was Thompson’s play Rare, which wove together the personal stories of nine actors with Down syndrome.

Her play Borne was also based on personal testimonials of nine actors, all in wheelchairs.  Wildfire was the third Rare theatre play.

“I wrote Wildfire for the Rare actors, in response to conversations about forbidden love and the incarceration of thousands of people with differences in Canadian institutions. The actors researched these institutions. We found the names of inmates who had died in these horrible places, and held up their names at the end of the play.”

With After the Blackout, Thompson decided to write a purely fictional play, which turned a few personal stories or anecdotes of the actors into elements of magic realism within the broader story.

Rare Theatre, she adds, employs gifted actors who happen to have a disability. On a metaphorical level, the latest play has more to do with emotional than physical disability.

“Why these plays resonate with people is because we all have a blackout moment,” she said.

“Your blackout moment could be your divorce or your cancer diagnosis. It could be you were fired from your job or you had an argument with your sister over the will and you never speak again. Or maybe you, too, lost your hands in a fire, as is the case with actor Prince Amponsah.”

Amponsah, who stars in After the Blackout, lost both of his forearms in a 2012 apartment fire in Toronto. He was a highly sought-after actor before the tragedy and has now returned to the stage. Thompson says some audience members gasp aloud at the sight of him, but quickly move beyond shock to recognize a great actor at work.

“In a way, their disabilities are real and metaphoric at the same time. I think everyone in the audience is able to say, ‘Yes, I had a blackout moment,’ something they thought they would never recover from.”

Our losses, she says, unbalance us and make us feel as though we are standing on one leg or groping in the dark. Universally, we all struggle with life. Rare Theatre is not afraid to show that, and its work is giving audiences a unique and elevated experience, one that fulfills a longing for a more diverse and inclusive world.

Theatre has been slow to open up to the disabled, just as it has been slow to address gender inequality and to include people of colour, Thompson says. She believes Rare Theatre Company is breaking down barriers and helping create a more equitable theatre environment.