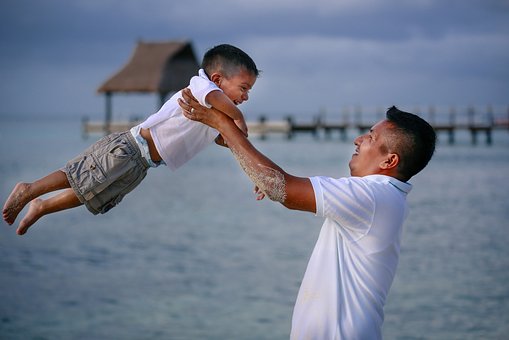 Research shows that fathers play an important role in their children’s eating and physical activity habits, but a new study has found that dads are rarely included in family-based interventions designed to prevent childhood obesity.

The findings were written about in an April 9 Toronto Star story which got picked up by MSN.ca

“This is concerning, given the strong influence fathers have on what their children eat,” said Haines, a professor in the Department of Family Relations and Applied Nutrition.

“Fathers seem to have a unique influence on kids and their dietary habits, and we will miss out on this if we don’t include them in our intervention work,” said Haines, who worked on the study with Harvard researcher Kirsten Davison.

“We know that family interventions are more effective if they include both parents. If fathers are largely missing from childhood obesity interventions, we are compromising our ability to improve children’s weight outcomes,” Davison said.

Published in the journal Preventive Medicine, the study analyzed 85 family-based interventions for childhood obesity prevention conducted around the world since 2008.

Of the studies examined, one-third of the interventions focused on mothers only, one-third included mothers and fathers, and one-third did not specify parent gender. Only one per cent of interventions were geared toward fathers only.

“This study highlights the need to recruit and engage fathers of young children in obesity prevention efforts,” said Haines.

Haines belongs to the Guelph Family Health Study, a research project testing new ways for kids to learn healthy habits early by involving the entire family in the process.

“If a child lives with two parents, we try to engage both parents, because we know that when it comes to children’s food and activity, both parents play a role.”

“It seems mothers interpret the development of their child’s eating and activity behaviour as their role.”

But that development is influenced by both parents, she added.

“Based on these findings, it seems researchers need to explicitly ask for fathers to participate, and to set up the intervention in a way that makes it easily accessible to fathers, such as ensuring participation works around their availability.”