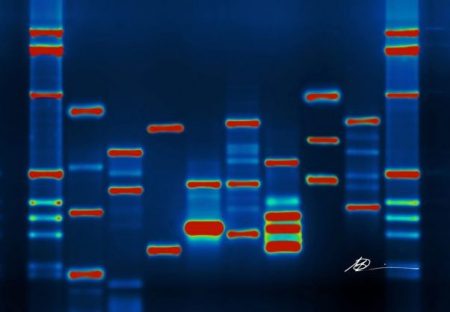 Most western European countries have banned insurance companies from accessing privately held genetic test results on individuals since or even before the UNESCO Declaration on Human Genetic Data 2003.

The United States passed legislation in 2008. It covers health insurance and employment, but not life and other forms of insurance, although some states have passed regulations about use of genetic tests by life insurers.

Canada was the last member of the G7 to pass its own genetic discrimination law, Bill S-201, in May. It prevents insurance companies from using results of any genetic tests to determine coverage or pricing.

In other words, if you’re a woman with a genetic predisposition to breast cancer, a health or life insurer cannot deny coverage, restrict coverage or hike premiums.

So although life or health insurance companies may continue to ask for access to medical records, they’re prohibited from using information from genetic tests when offering insurance to potential clients.

That’s really what the bill is all about. So why has it been controversial given Canada’s late entry into the game?

The Canadian Life and Health Insurance Association warned of higher costs and reduced coverage if the legislation passed. Insurers also argued no ban was needed; they would do it themselves via codes of conduct.

Others dismissed the ban as mere “virtue signalling” and argued there’s no evidence Canadian insurance companies were engaging in genetic discrimination to begin with.

Despite the worldwide popularity of such bans, it’s still worth asking whether they’re a good idea.

Groups that include the Canadian Coalition for Genetic Fairness (CCGF) support the law, but there are still misgivings in the insurance industry.

Insurance companies selling life insurance and other related products, including long-term care insurance, believe they should have access to the same information that their customers have. They say that’s in order to avoid high-risk individuals buying excessive amounts of insurance at the same price as those with low risks. 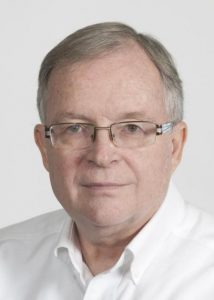 Adverse selection occurs if more insurance is purchased by people deemed to be a higher risk — say, those with Huntington disease — than the average person with low risks.

That increases the overall claims costs to insurers, and if they can’t provide coverage to those with a higher risk of serious illnesses by charging a higher price, then those with scant health risks won’t buy insurance because it becomes too expensive.

Essentially, insurers argue, prices are driven up and the quantity of insurance available is reduced.

Organizations such as the CCGF, however, represent the interests of people who would feel discriminated against if charged a higher price for an insurance product based on their inherited genetic makeup.

A 2003 poll by Pollara-Earnscliffe found that a whopping 91 per cent of Canadian respondents agreed with the CCGF position that insurance companies should not be allowed to use genetic test results in pricing contracts.

If the insurance industry is correct, and significant numbers of high-risk people start buying insurance as a result of the ban, then prices will become so high that many people simply won’t purchase coverage.

As an economics professor who’s done extensive research on genetic discrimination, I argue this scenario is highly unlikely. Studying the phenomenon of adverse selection has made up a large part of my research activity for more than three decades.

For a ban on insurers’ use of genetic test results to create a serious problem in insurance markets, it would require particular conditions:

Actuarial evidence suggests that these conditions aren’t at play, so there won’t be a major impact on the average price of insurance. That suggests the objectionable phenomenon of genetic discrimination will, in fact, be thwarted by the new law.

‘As many good genes as bad genes’

I believe that Bill S-201 is an appropriate response to the concerns of citizens about genetic discrimination.

A Liberal party senator, James Cowan, should be congratulated for initiating the bill in the Senate, as should Liberal MP Robert Oliphant for presenting and championing it through the House of Commons.

The Office of the Privacy Commissioner of Canada also acted responsibly in its mandate as ombudsman for Canadians’ privacy concerns by commissioning several reports, including one by a highly knowledgeable actuary, Prof. Angus Macdonald, and the economic analysis by myself and Maureen Durnin.

So there may be, in the long run, reason to revisit this law.

But if there’s an explosion of genetic information across the population in the long term, it’s probable that most people will find that they have as many good genes as bad ones.

And that means there likely won’t be substantial differences among the risk levels for mortality or morbidity — a necessity if adverse selection becomes a problem for insurance markets.

Mike Hoy is a professor in U of G’s Department of Economics and Finance who studies genetic testing and insurance markets and pricing.