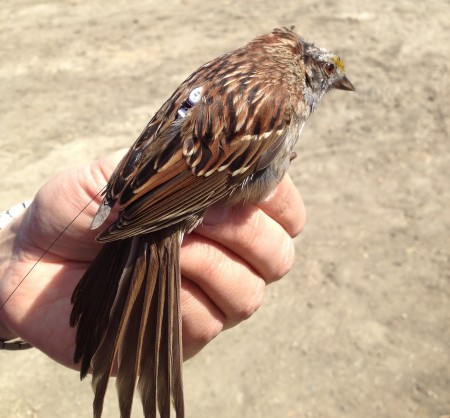 What happens when you add up surgery on tiny birds, a cargo flight with odd luggage and miniature backpacks? If you are University of Guelph researchers, you find out birds may have less of a sense of direction than previously thought.

U of G researchers packed birds onto a flight going from Toronto to Saskatoon, before releasing them in Saskatchewan carrying miniature radio backpacks.

They tracked which direction the birds flew to see whether the change in starting location made a difference. 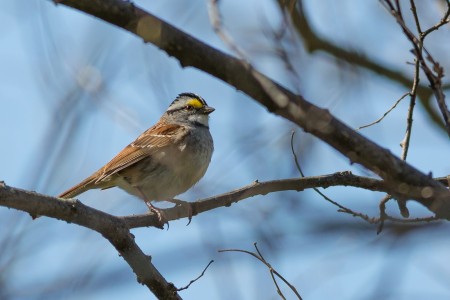 Instead of reorienting themselves and flying toward Ontario as the researchers expected, almost all the birds flew north. That’s the direction they would have flown in Ontario, toward the boreal forest.

Scientists have assumed that birds travelling long distances can plot a course, regardless of obstructions. This new experiment shows something entirely different, said co-author and U of G integrative biology professor Ryan Norris.

“These birds have a compass, but they don’t have a map,” he said.

“It shows experimentally that these birds may not be true navigators. Since the boreal forest stretches into Saskatchewan, it may be that the landscape and environment was similar enough for these birds.”

The researchers caught white-throated sparrows at Long Point Provincial Park on the shore of Lake Erie. Back at Guelph, they conducted surgeries on some of the birds, removing their magnetic sense or sense of smell. 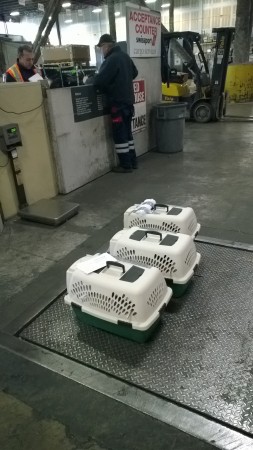 Researchers had the birds flown as cargo, in pet carriers, to Saskatoon

They flew the birds – along with a control group without surgery – as cargo to Saskatoon.

“We used pet carriers, such as what you would use for a small dog, with three to four sparrows in each,” said Norris.

“Three days later, we placed miniature radio backpacks on the birds and released them, tracking them using radio towers. Almost all flew straight north, even the ones without any surgery – this means that the birds are not true navigators.”

The two-year-long experiment involved lots of planning and precision with the tiny birds — each weighs about 17 grams — as well as obtaining permits, he said. All birds survived the surgery and the travel.

The findings will help in understanding the effects of constant environmental change, he added.

“We have billions of migratory animals on earth, but our understanding is very rudimentary. These animals are key parts of multiple ecosystems, so understanding how they move if their environment changes is critical.”

The study is published in the journal Nature Scientific Reports.