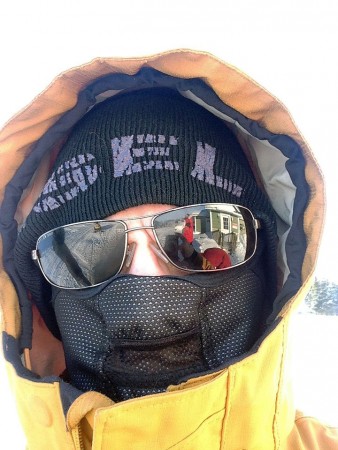 Prof. Dan Gillis will never forget the natural beauty of Rigolet, Nfld., where he recently travelled to work on an eco-health data collection project. He also won’t forget how technologically advanced Rigolet’s Inuit community is. Some of their classrooms rival those in U of G’s School of Computer Science, where Gillis works as a statistician.

The project aims to harness Rigolet’s tech savviness to collect data on everything from weather conditions to mental health to find out how the environment affects people and vice versa.

The monitoring system will collect data on what’s important to the people of Rigolet. “The idea is to develop tools for the community so they can monitor their cultural, physical, mental, social and spiritual health — all the different facets that make up health — but to do this in a way that’s actually beneficial to the community,” says Gillis.

The project has a strong focus on community engagement: participants are invited to share what types of data best reflect their community. The researchers will then provide them with the tools to collect this data using the technology they already have.

Working with grad student Oliver Cook, Gillis is developing a mobile app that will allow users to collect data wherever they are and a web portal where they can record information that will be uploaded to a database.

“Our first couple of trips up there involved first understanding what was important to the community and then understanding how we can use technology to do something useful for them,” he says. 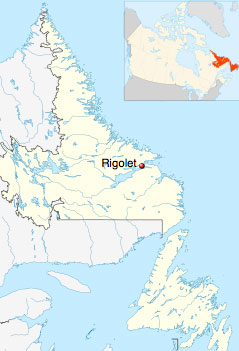 He stressed that the aim of the project was not to collect information relevant to the researchers but what was relevant to the community, such as weather and ice conditions.

The researchers are also interested in tracking the participants’ moods based on their location and activity; diseases that are prevalent in the community, such as diabetes; and gastrointestinal illnesses that may be caused by unclean drinking water. “It’s a wide spectrum of data that we’ll be collecting but a lot of the information we’ll be collecting is based on what the community has said they want to monitor.”

When the program launches this summer, any health information collected will only be accessible by the participants. They will receive feedback on their data, such as a summary report of their moods and locations in which they experienced them. If the data show that a particular health concern is on the rise, public health officials will be notified so they can provide real-time information to help community members stay healthy.

“We’ll be able to use that to better understand how climate and environment influence public health,” says Gillis.