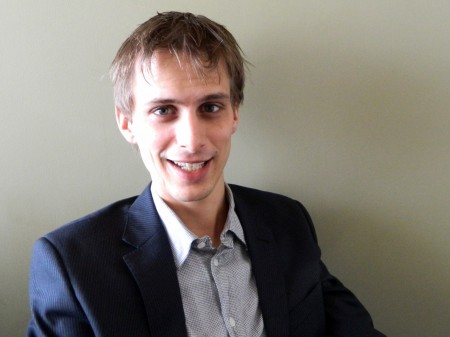 With more than 26,000 Syrian refugees arriving in Canada since November 2015, including two Syrian students at U of G this year, the Canadian government is succeeding in its efforts to help refugees but could be doing more, says political science professor Edward Koning. He studies immigration politics in Europe and North America and how countries respond to refugees.

“It’s fair to say that Canada has historically pursued a specific model of migration,” he says, referring to the combination of carefully selecting which immigrants are allowed to enter and its relatively generous approach to those who are admitted. But despite Canada’s reputation for welcoming refugees, he says, “as a percentage of the total intake, the number of refugees that come into Canada is actually quite small comparatively.”

The number of refugees a country accepts often depends on its proximity to countries from which refugees are fleeing. Turkey, for example, shares a border with Syria and has admitted 2.5 million refugees since the start of Syria’s civil war. With less than a third of Canada’s population, Sweden has accepted more refugees per capita (163,000 in 2015 alone) than any other European country. Canada’s physical distance from Syria allows it to be more selective of the refugees it accepts, says Koning, choosing those who are registered as refugees with the United Nations Refugee Agency.

Once they arrive in Canada, government-assisted refugees receive support for up to one year. Privately-sponsored refugees also receive support, including help with housing, food and clothing, from individuals and groups.

Unlike refugees, labour migrants are accepted on the basis of their ability to work in Canada, but they may have trouble finding employment here if their credentials aren’t recognized, he adds. Language and education pose significant barriers to employment and integration for refugees. “Investment in the beginning in terms of health-care provision, language training and re-schooling are essential.”

Koning says compared to migrants in Europe, Canadian migrants tend to do better because of the policies that govern their selection and integration into Canadian society. Indicators of integration such as the number of migrants receiving welfare, working lower-paid jobs than Canadian-born workers or participating in Canadian politics suggest that migrants have a better chance of succeeding here, he says.

Koning also looks at the effects of social policies that treat migrants and native-born citizens differently. He gives an example of the Swedish government’s offer to pay employers up to 80 per cent of newly-arrived migrant workers’ wages. Denmark, however, excludes migrants from accessing full social assistance if they arrived in the country within the past seven years. The country has also faced criticism for passing a bill that would allow the government to seize valuables from refugees to help pay for their resettlement.

For immigration policies to be successful, says Koning, they need to be fair and help achieve positive outcomes; policies that exclude migrants from receiving benefits and social services don’t meet those objectives. “Differentiations are not good for integration,” he says. “When you make lots of distinctions between human beings in social policy provision, this is going to reinforce tensions between groups.”

Koning is part of a panel discussion that will address “The Mediterranean Refugee Crisis: Challenges and Implications” March 10 at 11:30 a.m. in the MacKinnon Building, Room 223. He will be joined by Roya Robbani, executive director of Immigrant Services for Guelph-Wellington, and Craig Smith, a PhD candidate in political science from the University of Toronto.