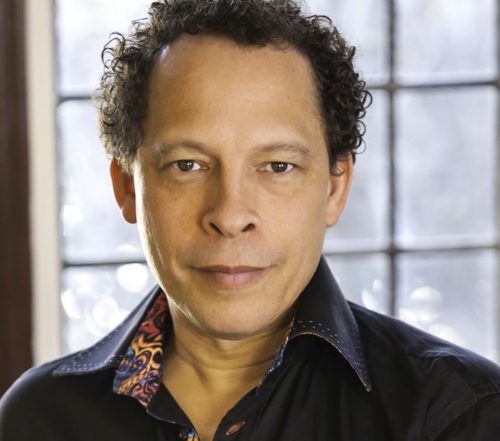 Award-winning author and U of G professor of creative writing Lawrence Hill has been nominated for a 2022 Canadian Screen Award for Sensitivity, a one-act play in an anthology titled 21 Black Futures that aired on CBC Gem last year.

The nomination for Best Writing, Web Program or Series is one of two 21 Black Futures pieces in the category. The series of 21 short, one-actor plays is a production of Obsidian Theatre, a Toronto theatre company that centres Black voices and playwrights.

When Hill sat down to write Sensitivity, the story of a Black professional struggling with the outcome of a workplace racial sensitivity training seminar, he knew it would be a unique production. He said he stuck with the core elements of the theatre experience despite knowing the pandemic would cause his play to be presented on the small screen.

“Although I wrote it for the stage, I knew and we all knew that it would be seen on TV,” he explained. “I chose not to engage in any of the extras that come with making a film, such as incorporating images or sound that could not be shown or heard in a play.”

The absence of a live audience was disappointing for his first play, he said, but the pandemic created an opportunity to expand the production’s breadth. “We got to show it on TV, and to have people around the country tuning in to watch it, and able to keep doing so for a full year.”

Sensitivity is a 10-minute monologue performed by Gabriaela Monk, a Black professional played by actor Sabryn Rock, who is responsible for the outcome of workplace racial sensitivity training and who is then fired.

“It seems patently unfair to me that a Black woman charged with educating white and other people about matters of racial sensitivity should be held accountable for the success of the interaction and fired when it goes terribly amok,” said Hill.

Working with 20 other Black writers, actors and directors — one of whom, Amanda Parris, is also nominated in the same category — to tell these stories was “a delight,” he said.

“It gave me comfort to form those community ties during this long and alienating pandemic.”