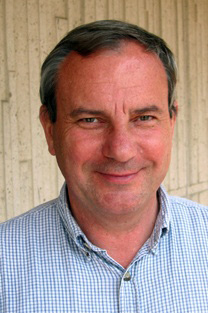 World-renowned research in fundamental chemistry has earned University of Guelph professor emeritus Dr. Jacek Lipkowski one of the highest honours in the field.

The International Society of Electrochemistry (ISE) has awarded Lipkowski the Frumkin Memorial Medal, which recognizes outstanding contributions in fundamental electrochemistry. The prize is given every two years.

“This is the most senior award recognizing lifelong achievement in fundamental research,” Lipkowski said. “Presently, most research is directed towards applications. My interests have always been in the fundamental understanding of electrochemical phenomena. Receiving this award tells me that I made the right choice.”

He said the prize also recognizes U of G’s Electrochemical Technology Centre, which was established 20 years ago, and the commitment of the Department of Chemistry to investing in leading-edge research infrastructure.

He also acknowledged Discovery/Research grants from the Natural Sciences and Engineering Research Council that have supported his research, as well as the contributions of graduate students, post-doctoral researchers and visiting scholars.

Dr. Malcolm Campbell, U of G vice-president, research, said the Frumkin Memorial Award is “further acclaim for a scientist who has made remarkable contributions to electrochemistry throughout his career.”

“Dr. Lipkowski’s dedication to his field is exemplary,” Campbell said. “It has led to extraordinary achievements and to global recognition. Such an accolade as the Frumkin Memorial Medal further accentuates his brilliance and places the entire University in a spotlight that shines around the world.”

Lipkowski joined U of G in 1983. He received his PhD in chemistry from the University of Warsaw in 1974.

He continues to study how antibiotic peptides interact with model biological membranes, including potental biomedical applications.

“Once, a former student asked me how to motivate grad students,” Lipkowski said. “My answer was to give them a taste of success. That will always motivate them.”

Lipkowski has made many contributions to fundamental electrochemistry, including the quantitative description of adsorption at Au and Pt single crystal electrodes and the

understanding of surface aggregation phenomena and the application of surface electrochemistry tools to study biomimetics.

He has authored about 260 papers and several book chapters and is a Fellow of the Royal Society of Canada and a Foreign Fellow of the Polish Academy of Sciences. Among his earlier awards, Lipkowski received the Prix Jacques Tacussel, the ISE Gold Medal and Bioelectrochemistry Awards, Alcan and John C. Polanyi Awards and a Killam Fellowship.