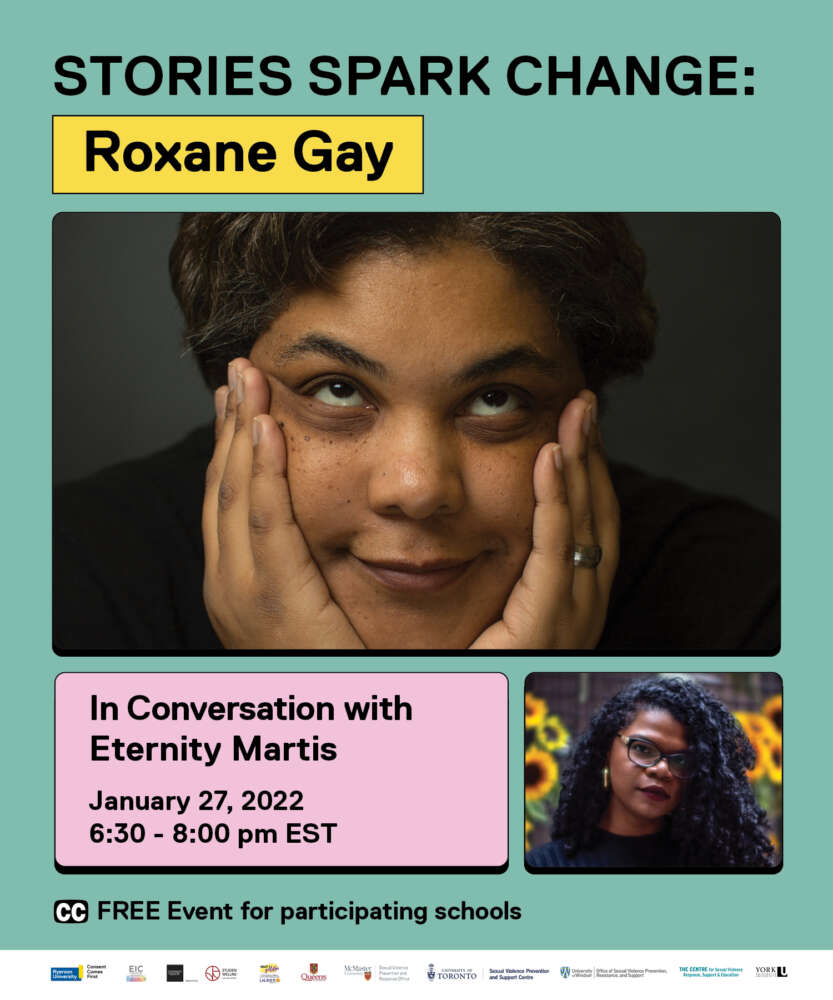 The University of Guelph along with eight other Ontario universities will host an online event about sexual assault survivorship with acclaimed author and writer Roxane Gay entitled “Stories Spark Change” on Jan. 27 at 6:30 p.m.

Gay will join best-selling author Eternity Martis for the webinar for an in-depth conversation about how survivors can push back against problematic narratives of shame, guilt and blame to create space to embrace healing, self-love, and pleasure.

The event is being held as part of Consent Action Week, an educational initiative held during the last week of January at universities across Ontario. Established by the Ontario University Sexual Violence Network, the week is an opportunity for campus communities to create a dialogue about consent, pleasure, relationships and increase understanding of sexual violence. It is also an opportunity to raise awareness about support and resources.

“So many conversations around sexual violence are about harm and the structures that perpetuate violence. This event is different in that we will be talking about healing,” she said.

“It’s also an opportunity to recognize that survivorship is not singular,” she added. “Healing looks different for everyone, and everyone deserves healing. So we are opening up space to talk about that.”

The webinar will be conducted primarily in spoken English and live captioning in English will be available. Content note: this is a conversation about healing and will not be about the harm that occurred.

The Sexual Violence Support and Education Coordinator works with survivors to support them by coordinating support and resources following experiences of sexual violence. Anyone can refer themselves or a friend to the coordinator by emailing svinfo@uoguelph.ca.