With growing public concern over the welfare of captive animals, a first-ever code of practice for farmed fish will help ensure that Canadian farmers meet acceptable husbandry standards and remain globally competitive, says a University of Guelph researcher who helped develop the new guidelines.

The new code of practice for farmed salmon, trout and arctic charr lays out expected production standards for everything from fish tank density and water quality to fish health management and disease control and staff training in the country’s $2-billion aquaculture industry, said Prof. Rich Moccia, a faculty member in the Ontario Agricultural College (OAC).

He helped guide the three-year project as co-chair of the scientific committee and as a member of the code committee, both led by the National Farm Animal Care Council (NFACC).

Moccia also represents the Canadian Aquaculture Industry Alliance on NFACC’s board of directors; CAIA is the national industry association that initiated development of the code.

A long-time researcher in U of G’s Department of Animal Biosciences, he founded the University’s aquaculture research station in Alma, Ont. 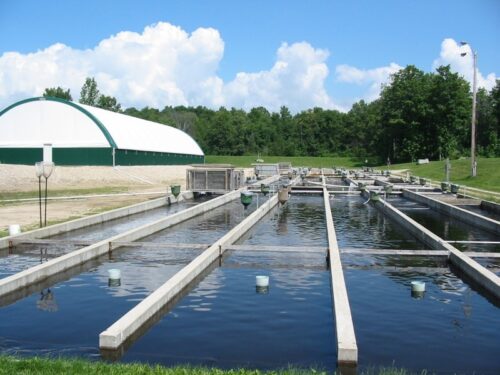 A land-based fish farm in Ontario

“We’ve never had a dedicated code of practice for fish farmers to follow that was primarily concerned with animal welfare,” said Moccia. “This is very important for Canada to solidify the credibility and reputational impact of our aquaculture sector.”

Adding that most farms already meet many of the code recommendations, he stressed that development of the code has been led by members of Canada’s aquaculture industry.

Aquaculture supplies more than half of globally consumed fish products. In Canada, farmed fish make up 20-30 per cent of the country’s total seafood supply, concentrated largely on the Pacific and Atlantic coasts and in Ontario.

Moccia said Canadian aquaculture is worth $2.1 billion a year, with a total economic benefit of $5.2 billion.

Global demand for seafood is projected to double by 2050. The aquaculture industry is expected to play an increasingly important role in easing pressure on wild fish stocks and ensuring a safe and sustainable supply of seafood, said Moccia. “Aquaculture is a great growth opportunity for Canada.” 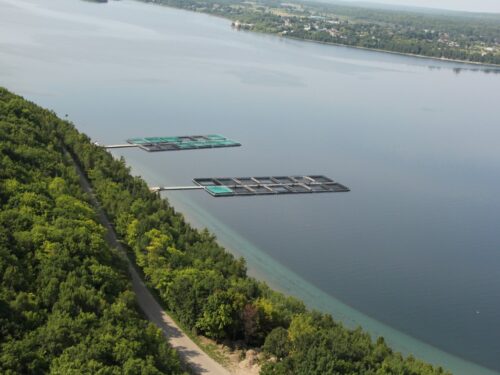 With other countries adopting similar measures, Canada needs to ensure its own code of practice to continue exporting its farmed fish to international markets, particularly in the United States, Japan and Europe.

Other U of G faculty members have studied aspects of fish physiology, health and disease management, behaviour and nutrition.

“That demonstrates the leadership of the University in this area,” said Moccia, noting that the national council has called upon other U of G experts to write animal welfare codes for various livestock species. “The Ontario Agricultural College and the Ontario Veterinary College at the University of Guelph have figured prominently in making this happen.” 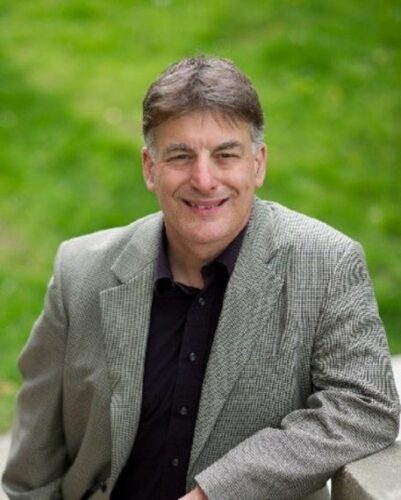 Also on the scientific committee was Michelle Lavery, a PhD student initially hired as a research writer for the project. Other scientific committee members included animal science and veterinary experts in fish ecology, behaviour, health and welfare from across Canada.

Project members have already begun sharing the new code of practice with fish farmers across Ontario and Canada.

Created in 2005, the NFACC is the national lead for farm animal care issues in Canada. The CAIA represents the country’s seafood farmers to regulators, policy makers and political leaders.