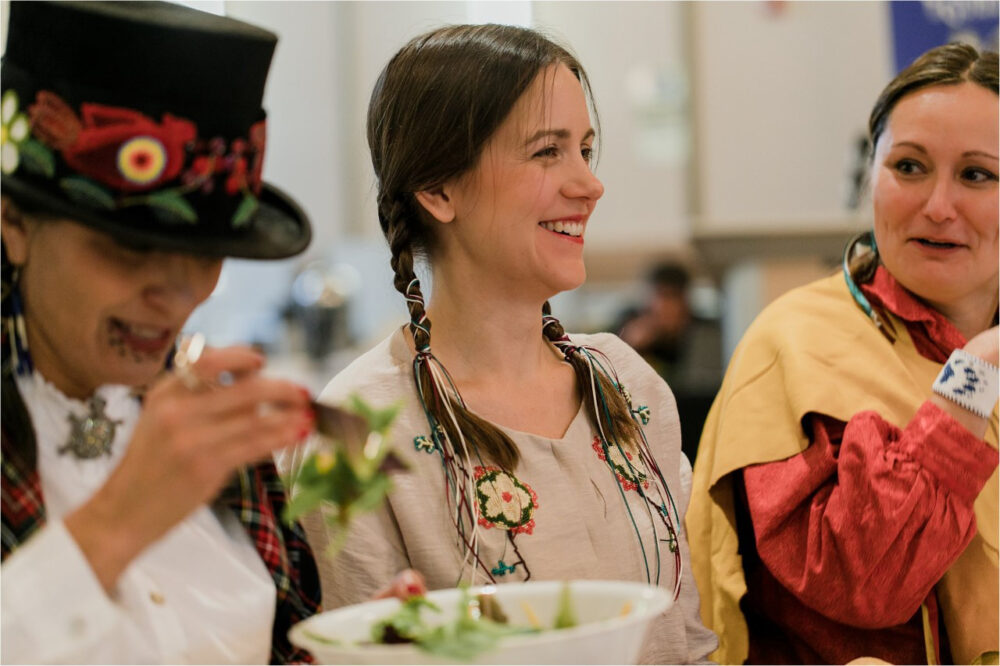 Nokom’s House research laboratory to be located on the University of Guelph campus will be a permanent, Indigenous land-based and community-engaged space, believed to be the first of its kind at a Canadian university.

Wellness and good relationships will be at its core, say organizers.

“Nokom” is abbreviated from “nokomis,” an Ojibway word that means “my grandmother.”

Like a grandmother’s home, it will be a welcoming, nurturing and safe place to learn, gather, create and take part in ceremony.

The lab will be situated in a section of U of G’s sprawling Arboretum, surrounded by trees and other plants. 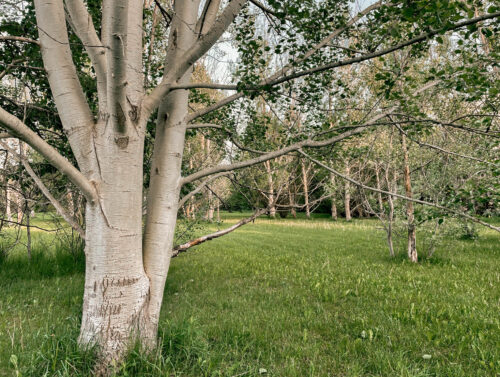 The proposed site of Nokom’s House research lab at U of G’s Arboretum. (Amina Lalor)

U of G professors Dr. Kim Anderson, Dr. Sheri Longboat and Dr. Brittany Luby are leading the development, with the guidance of Indigenous community members and Elders.

Nokom’s House will serve as their shared research lab and will also be used by students as well as communities and individuals whom they collaborate with on various research projects.

All three professors are Indigenous and are noted for their research on Indigenous subjects. They expect Nokom’s House to serve as a model for welcoming Indigenous ways of knowing, being and doing into post-secondary settings and other sectors of society.

A Haudenosaunee Mohawk and band member of the Six Nations of the Grand River, Longboat is a professor in the School of Environmental Design and Rural Development.

“We talk about decolonization and indigenization, about making space or reclaiming space for Indigenous peoples within the academy,” said Longboat, whose community-engaged applied research aims to bridge First Nations communities, government and industry partners to support self-determined Indigenous planning and development.

“It is such an important time for us to be doing this, given the political climate and increasing social awareness around the atrocities of Indian residential schools,” she said. “An Indigenous research lab led by Indigenous women to make or reclaim space in the academy, is truly powerful. This could contribute to great change.”

Many sectors in Canadian society recognize Indigenous and treaty rights, laws, and knowledge systems and are eager to learn how best to honour and uphold them, the project leaders said. Nokom’s House provides an opportunity to lead change.

Anderson, who is Métis, is a professor in the Department of Family Relations and Applied Nutrition.

“I think Nokom’s House is really innovative in terms of being able to do research that takes into account all of our relations,” said Anderson, whose research looks at enhancing relations among and between people, land, plants and animals, and the spirit world. 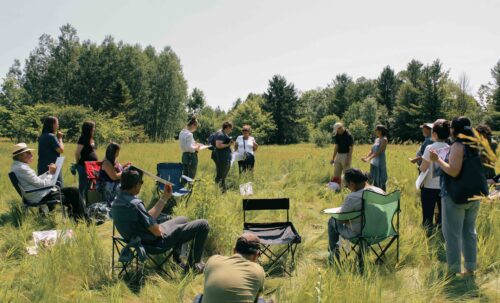 Nokom’s House is about creating space where people can rebuild relations that connect these elements of life, she said.

“To be able to be in a land-based space and do that kind of exploration as research is really unique,” Anderson added. “And it’s unique in terms of land-based work being done in a southern, urban location and a university campus. It will be a process of discovering what can happen when you create such a space.”

The University has approved an overall project budget of $2.4 million for Nokom’s House, with the Canada Foundation for Innovation John R. Evans Leaders Fund awarding the project $298,160.

A fundraising campaign is also underway, with $53,250 committed or pledged.

Construction on Nokom’s House is expected to begin in 2022. While the design of the building and its surrounding space are in the early development stage, it will have characteristics of a home space or cabin, including a kitchen and a large kitchen table. Other proposed elements include a woodstove, lounge space, consultation room and porch.

Planned for the grounds are gardens, an area for sacred fires and informal teaching structures. 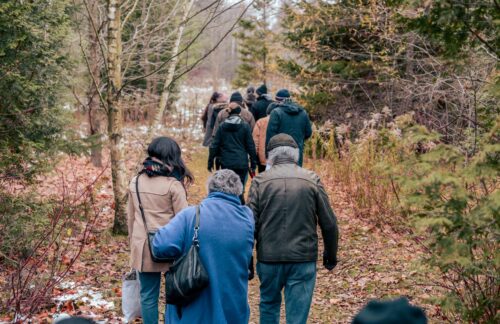 Luby, whose paternal ancestors originate from Niisaachewan Anishinaabe Nation, is a professor in the Department of History. Her research expertise includes Anishinaabe family responses to settler encroachment with a special focus on water infrastructure. This expertise has led her to the study of Anishinaabe aquaculture, particularly manomin (wild rice) stewardship.

When teaching Anishinaabe environmental philosophy, Luby talks to her students about the importance of building relationships — from getting to know plants by name to recognizing plant needs and responding to them appropriately.

“It doesn’t quite resonate when you’re in a brick building and looking at a PowerPoint screen,” she said. “I see Nokom’s House as providing us with an opportunity to reconnect with land as a teacher and to enliven Indigenous pedagogy at the University of Guelph.”

Arboretum director Justine Richardson has worked with the research team to help select a site. She said the Arboretum’s long-term ecological restoration efforts and work to conserve the biodiversity of native Ontario trees for future generations align well with Indigenous approaches to research and the Nokom’s House team.

“As a green space and land-based hub for research, teaching and community engagement right beside campus, we are committed to walking step-by-step with Indigenous colleagues, researchers, students and partners toward learning truth, seeking reconciliation and braiding knowledges,” Richardson said.

The work builds on the Arboretum’s core efforts to connect people to nature, further environmental knowledge, and conserve plant diversity and animal habitats through research, teaching and community outreach, she added.

Longboat said she is proud of the University’s leadership team and the Arboretum for supporting Nokom’s House and setting an example for other post-secondary institutions. Indigenous scholars, she added, “often act as conduits for Indigenous communities, making universities more welcoming to them and bringing their perspectives and ways of learning into institutions that are colonial in nature. Nokom’s House will galvanize that process.”

Transcript of the video below.