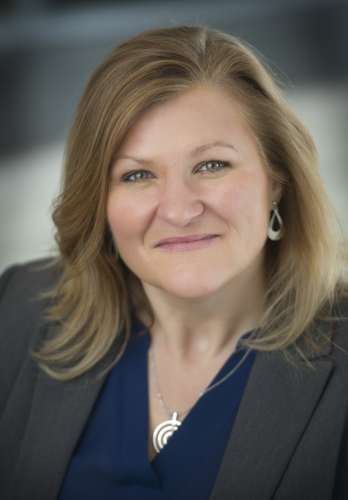 Crystal Mackay has been named coordinator of Food Day Canada

A University of Guelph alumna and well-known advocate for Canadian food and farming has been named coordinator of Food Day Canada.

Crystal Mackay, B.Sc. (Agr.) ’93, will take on the role this month to lead planning of Canada’s largest culinary celebration.

“Food Day Canada is the very essence of what I’ve worked towards over my entire career – building positive, proactive conversations about food and farming,” said Mackay. “Bringing our country together and bridging gaps between consumers, farmers and many food system partners is truly a celebration I am proud to be part of.”

Food Day Canada brings together all Canadians with the University of Guelph and food system partners to celebrate Canadian food and the people who create and study it. Last year #FoodDayCanada reached almost 15 million Canadians online.

Stewart, the event’s founder, passed away in 2020.

“Anita’s passion for Canadian food and her vision for our cuisine’s place on the international stage truly helped shape Canada’s food future,” said Daniel Atlin, vice-president (external). “As Canada’s food university, we are thrilled that Crystal will continue Anita’s legacy.”

Mackay was president of the Student Federation of the Ontario Agricultural College at U of G in 1992 when she first met Stewart. A long-time supporter of Food Day Canada, Mackay worked closely with Stewart over the past three years to increase engagement with the event.

After graduating from U of G in 1993 with a bachelor of science degree in animal science and rural extension, she went on to several executive management programs including the University of Guelph’s Advanced Agricultural Leadership Program in 2001, the George Morris Centre Executive Development program in 2004 and McGill University’s Executive Institute program in 2018. A past president of the OAC Alumni Association, Mackay served as agrologist in residence and has received a University of Guelph Alumni Association Medal of Achievement.

For more than 25 years, Mackay has been a leader in connecting consumers, farmers and food system partners. She served as the founding CEO of Farm & Food Care Ontario and the Canadian Centre for Food Integrity. In 2019, she became the founding CEO of Loft32, a communications company in Guelph focusing on food and farming through training, speaking and project management expertise.