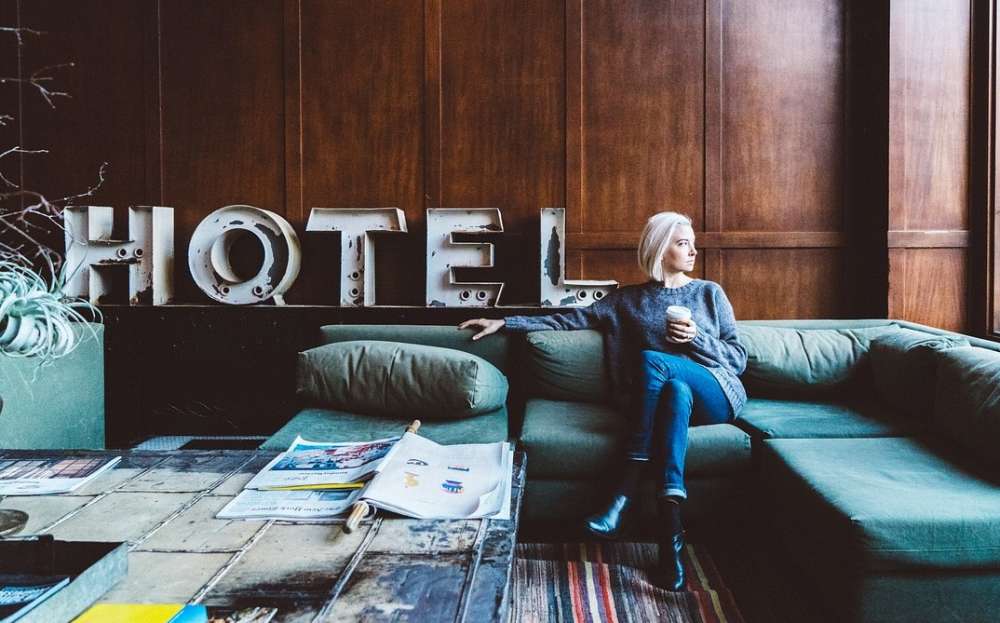 When governments in Canada, the United Kingdom, Ireland, New Zealand and elsewhere instituted mandatory hotel quarantines for travellers arriving in their countries as a way of monitoring the spread of COVID-19, they received both praise and criticism.

Some citizens questioned why their rights of mobility were being curtailed in their own countries. Would-be travellers factored additional costs into their budgets or deferred travel. And others sought to evade the measures.

Exploring the history of quarantine hotels reveals ambivalences and inequities that continue to fuel debates over their effectiveness in the era of COVID-19.

There is a logic behind choosing hotels for mandatory quarantine and for other COVID-19-era public-health measures such as re-housing people experiencing homelessness. The latter was done at the former Roehampton Hotel in Toronto, where it was met with controversy from affluent community members.

Hotels supply space. Their capacity and interior organization means that individuals and households can be separated and monitored. Meals can be supplied with minimal contact and movements can be tracked.

Historian Kenneth Morrison, an expert on hotels in times of crisis, says:

“Hotels are exceptionally adaptable buildings. Recently, of course, we have seen hotels repurposed as quarantine centres or temporarily used as large homeless shelters to protect those most vulnerable from the ravages of the COVID-19 pandemic. And while they are built for a commercial purpose, hotels’ internal infrastructures mean that these spaces can be adapted to function effectively in quite different circumstances.”

Governments have been tapping into a long tradition of adapting hotels for new purposes. When that happens, values popularly attached to hotel life can change.

Hotels as vectors of disease

We imagine hotels as places of freedom and even anonymity — despite being tracked by eyes and cameras from arrival to departure, our credit cards being on file and each swipe of our key card revealing our comings and goings. The quarantine hotel renders such operations visible, conjuring the Eagles’ Hotel California, a place “you can never leave.”

Bob Davidson, a researcher who looks at cultural theories of space, food and hospitality, says:

“Hotels have a long history of detention. Easily repurposed, their spaces can quickly change from leisure to confinement, with lobbies becoming checkpoints and rooms ostensible cells for those who cannot wait to go home.”

And for many hotel residents — refugees awaiting processing, for instance — a stay at a hotel resembles none of the glamour and exhilaration associated with the comfort and style of sleek modern buildings or historic grand hotels. In fact, experiences of hotel immobility have been highly conditioned by citizenship status as well as class. When emergencies lay bare the tensions between customary expectations amongst travellers and the requirements of the state, they offer opportunities to reflect on hotels’ role in such debates.

Hotels have been seen in times of public-health emergencies as vectors of disease. The rapid spread of Legionnaires’ disease during a convention in 1976 in Philadelphia offers a tragic case in point.

History offers many such cases of anxiety focused on hotels. With their transient populations, disease could spread quickly within, and beyond their walls. Staff cycle in and out, and guests come and go.

Medical authorities have often decided to confine ill and potentially ill people within a hotel at first sight of an outbreak. Hence the frequency of hotel quarantine, not just in the eras of smallpox and diphtheria, but also, more recently during H1N1.

From grim to luxurious

Efforts to enforce hotel quarantines have often been fraught. Historically, many hotels in places of high transience — such as ports — housed workers of lower socioeconomic status attracted particular concern. They attracted concern, and anxieties were partially due to the quality of amenities in the buildings, which were susceptible to spread disease.

When buildings were placed under lockdown in the face of smallpox, for instance, the experience could be grim.

But experiences of quarantine could also be comfortable — and even luxurious. A case from summer 1903 in Canada illustrates this point. The Toronto Daily Star reported that a health inspector imposed a quarantine on Gouldie House, a summer resort hotel in Dwight, Ont., after the proprietor’s daughter died of diphtheria. Residents continued to swim and enjoy conversation with other cottagers and friends, albeit at a 20-foot distance.

We might draw parallels today with cultures of resistance to enforced stays, even in the comparative comfort of a modern hotel, where food is delivered to rooms and Wi-Fi and basic comforts are on offer.

There is something about the prescriptive nature of the quarantine that seems to turn the historical openness of the hotel as an institution on its head. This is especially true for people who equate hotel stays with an unusual degree of freedom, whether pilfering the cleaning cart for extra bottles of shampoo or making gratuitous use of towels. The idea of being confined to even a resort hotel challenges many travellers’ belief in their right to come and leave on their own terms.

Quarantine hotels have been around for decades

While hotels have often been associated with the problem of contagion, occasionally they have been treated, proactively, as institutions standing at the first line of defence.

When influenza visited Toronto as part of a global pandemic in 1918, two hotels in the city — Mossop Hotel and the Arlington Hotel — were readied to accept patients. In Quebec, The Globe and Mail reported in 1937 that the Queen’s Hotel was closed due to several cases of flu and was converted into an influenza hospital. Similarly, during the First and Second World Wars, hotels were adapted to receive the wounded as Canada rushed to increase its hospital capacity.

Many governments around the world have mobilized hotels as part of a precautionary COVID-19 strategy in addressing transborder viral transmission.

In Canada, the federal government has required international air travellers to quarantine in an approved hotel, at the travellers’ expense. In New Brunswick, similar restrictions were introduced in late April 2021. Considerable controversy has greeted these restrictions: from the alleged porousness of the quarantine to how different rules apply when crossing the border by car.

Through their precautionary functions, hotels under this regime of travel isolation evoke historical quarantine stations on countries’ borders. Immigrants were often kept in such stations upon arrival at land borders and ports, segregated from the wider community until their health status could be determined.

On June 2, 1900, The Globe reported that an outbreak of the bubonic plague in Honolulu led to the confinement of many travellers at a quarantine station at William Head on Vancouver Island. In addition to hospital buildings, a “well-furnished, cheery” home had been separately established for “first-class passengers,” with its own extensive grounds and 9-hole golf course. Most people in this station enjoyed few such luxuries, underscoring just how much hotel life under quarantine was, and remains, shaped by the status and resources of the traveller.

Hotels have unique capacities which have long made them adaptable in emergency conditions. The state has often found uses for them that extend far beyond conventional purpose of housing guests who come and go at their leisure. In the process, the state has had to navigate customary expectations of how hotels should operate.

Experiences under COVID-19 invite us to critically think about how hotels are controlled and inhabited, in different ways, by different populations, and to question assumptions about their association with unfettered freedom and mobility.