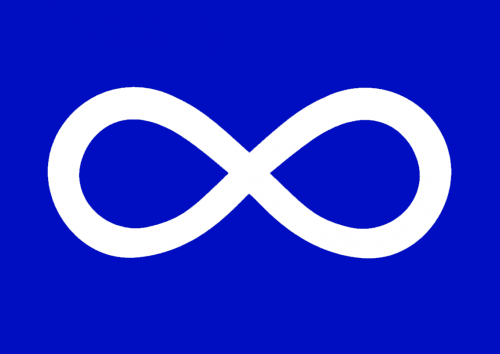 From Nov. 16 to 20, U of G will fly the Métis flag in recognition of Louis Riel Day. The day marks the anniversary of Riel’s 1885 execution.

“On November 16, we remember Louis Riel, a great leader, the Father of Manitoba, and a hero of the Métis people,” says Alicia Hamilton, Chair of the Grand River Métis Council.

“I am more convinced everyday that without a single exception I did right. And, I have always believed that, as I have acted honestly, the time will come when the people of Canada will see and acknowledge it.”  – Louis Riel

Louis Riel was a leader and political actor who, contributing to the successful negotiation of Manitoba into Confederation, played a significant role in the founding of Canada. Riel advocated for the protection of minority language rights and cultural cooperation. In 1885, he was executed for treason for his role in the North-West Rebellion – a resistance to Canadian encroachment on Métis lands and way of life.

“Riel’s contributions have often been dismissed by historians, but there is no doubt of their significance to the development of Canada and to the Métis people,” says Cara Wehkamp, Special Advisor to the President on Indigenous Initiatives.