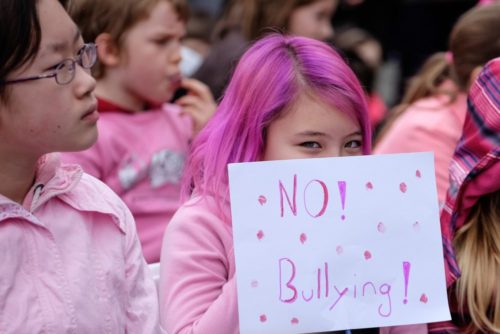 With Pink Shirt Day on Feb. 26, a University of Guelph expert on bullying says teachers play a significant role when it comes to the level of resilience shown by children who have experienced bullying.

Prof. Ryan Broll, from U of G’s Department of Sociology and Anthropology, specializes in bullying and cyber-bullying among youth, as well as post-traumatic growth and resilience.

Broll is wrapping up new research examining resilience among young people who have experienced bullying. The project sought to answer the question: If bullying can’t be eliminated completely, how can youth who have been repeatedly bullied avoid some of the negative outcomes that are known to occur?

“We found a number of people who spoke about how having one or two teachers, who were genuinely approachable and wanted the best for them, made a big difference,” said Broll. “Some people describe these teachers as ‘life-changing,’ which is pretty powerful.” 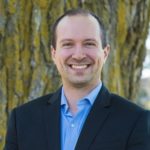 The study also found that friends and understanding parents can also help a young person cope with bullying.

“Even having just one friend makes a big difference,” said Broll. “Having parents they can genuinely talk to helps, too — a parent they feel listens to their concerns without judging them and one who doesn’t leave them feeling worried they will be ‘punished’ by having their phone taken away.”

A key component to creating an optimal environment for bullying prevention and building resilience among youth is maintaining small classes, he added.

Larger classes mean less supervision of students. When teachers can’t monitor every interaction, they can miss bullying incidents or fail to notice students who need help, he said.

“The big problem with large classes is that teachers can’t build those relationships that can really matter to a student.”

In bigger classes, students may feel it’s harder for teachers to give them one-on-one attention or even greet them personally each day, said Broll.

“School climate is really important for bullying prevention. Schools with more positive climates are more welcoming, students feel teachers care about them and they have perceptions that school rules are fair.  All those things reduce bullying.”

Earlier, Broll has written about what parents can do to prevent cyber-bullying and to avoid other dangers of heavy internet use, including what questions parents need to ask to keep their children safe.