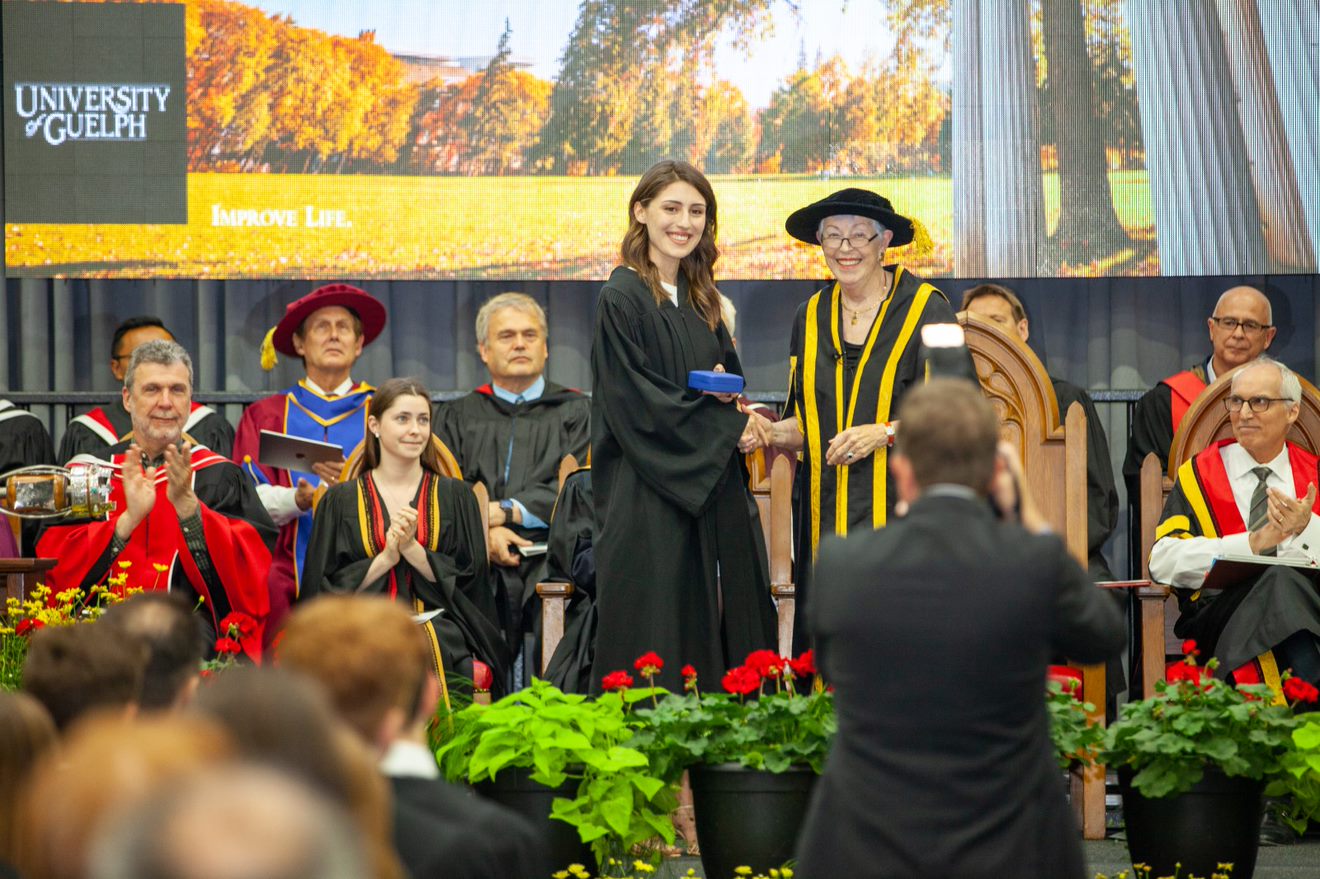 Martha Billes has been appointed to a second term as chancellor of the University of Guelph. U of G’s Senate approved the reappointment during its November meeting, extending her tenure until April of 2023.

“I am delighted that Martha has agreed to continue as our chancellor,” said president Franco Vaccarino.

“She has done a wonderful job representing the University and is a committed, engaged and supportive alumna. We look forward to Martha’s continued involvement with our students, faculty, alumni and U of G friends.”

Billes, a Canadian business icon, philanthropist and U of G alumna, was first appointed chancellor in April of 2017.

She is the ninth chancellor since the University’s founding in 1964 and the first U of G graduate to be named to the position.

“My career has taken me down several unique pathways, of which serving as U of G chancellor is among my fondest,” said Billes, adding that her first term has provided many enjoyable experiences.

“As I commence my second term as chancellor of this great institution, I am looking forward with great enthusiasm to the ceremonies, meetings and events yet to come.”

The controlling shareholder of Canadian Tire Corp. (CTC) Ltd., Billes is a 1963 graduate of the Macdonald Institute – one of U of G’s founding colleges.