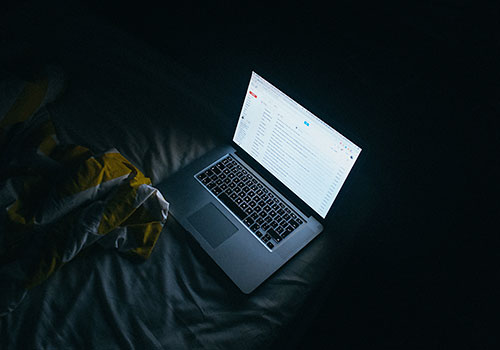 While schoolyard bullying is still an issue for many kids, bullies are now taking to online networks. A 2013 Ipsos poll shows that one in five Canadian teens say they have witnesses online bullying, and one in seven have received inappropriate comments through social networks.

Cyberbullying uses communication technologies such as the Internet, social networking sites, text messages and email to intimidate and harass. And unlike traditional bullying, cyberbullying can be relentless, following a victim anywhere at any time. The consequences can be profound, with victims experiencing social anxiety, depression, loneliness, low self-esteem and even suicide.

Prof. Ryan Broll, Department of Sociology and Anthropology, studies cyberbullying and bullying, policing, victimization and youth technology use. His recent research examines the ways adults prevent and respond to cyberbullying — he interviewed parents, teachers, school principals and police officers about their response to digital harassment.

Broll found that when a child encounters cyberbullying, he or she is most likely to tell a parent first. Parents will then try to address the problem, but often have limited success because they aren’t knowledgeable about the technology or social media platform.

“Many parents try to prevent these issues by monitoring Facebook or cell phones, but they may not know about the ways that messages can be hidden from them,” he says.

Parents’ next step is usually to contact their child’s school. Broll’s research shows that teachers do a lot of prevention work by inviting guest speakers or talking about bullying in class, but aren’t often comfortable dealing with the issue and the technology involved. If the problem continues, parents might ask the police for assistance, but then run into other barriers.

“As one police officer said, ‘Just being mean to someone is not a crime,’” says Broll, who adds that if the bullying is being done by a child who is 12 or under, no charges can be laid. Police resources to address cyberbullying tend to be limited, but they often have helpful tips for school administrators and parents about keeping children safe online without going through the court system.

“I’ve found that people in all these groups are trying really hard, but each group has limitations,” says Broll. “The takeaway is that we need more education on safe technology use, and more ways for parents, teachers and police to work together and share their expertise.” He is pleased to see that in Ontario, for example, cyberbullying is part of the new health curriculum in schools and includes instruction on safe use of technology, and Nova Scotia has created a police task force to respond to cyberbullying.

While completing his PhD in 2014, Broll also worked with the Centre for Addiction and Mental Health to help evaluate a program called “The Fourth R”, currently offered in more than 2,000 schools across North America. This “R” stands for relationships, and the program is aimed at helping youth develop the skills to build positive connections with others.

Broll says continued research on cyberbullying is important because of the significant effects on children and youth. “Cyberspace is simply too vast for any group to police on their own,” he says. “Cyberbullying is easy in a way: you’re behind a computer screen and somewhat distant from the person you are sending the hurtful messages to. You can forget that it’s a real person who is receiving these electronic messages. There’s much more to explore about why people do this and how we can prevent it.”