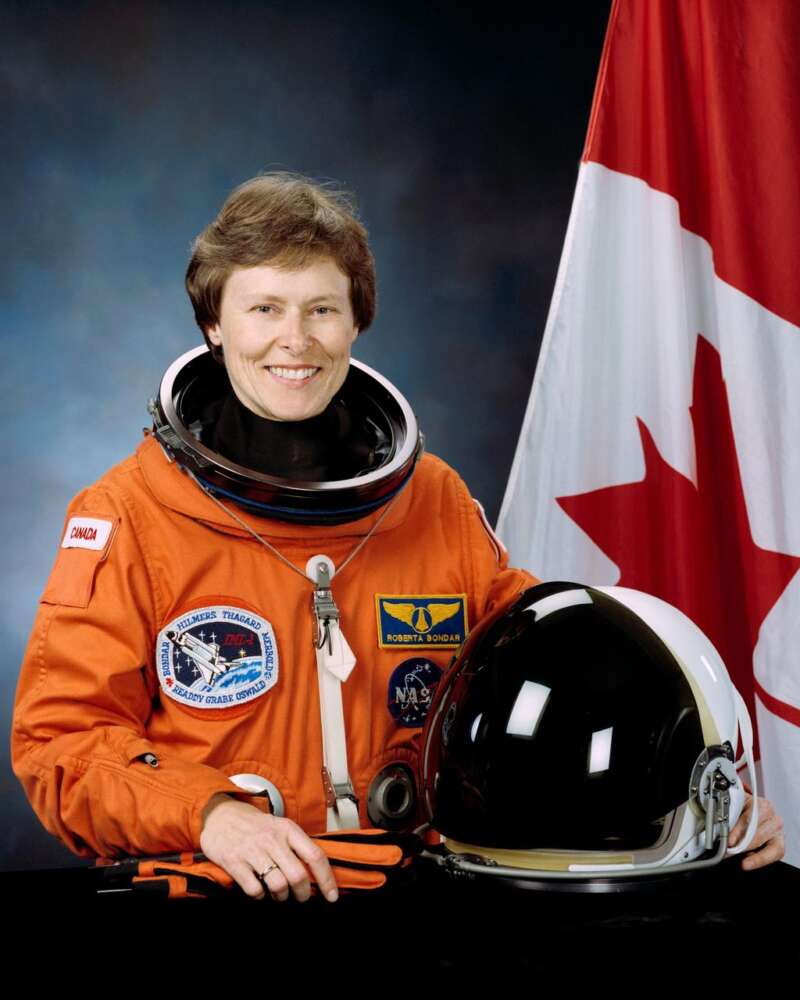 It was during her studies at the University of Guelph that Dr. Roberta Bondar had to shelve one career plan and pursue another – a choice that ultimately secured her a spot aboard the NASA space shuttle Discovery in 1992 as Canada’s first woman astronaut.

As she prepares for this Saturday’s 30th anniversary of the shuttle’s lift-off, she says her U of G roots also laid the groundwork for her subsequent career back on Earth as an award-winning nature photographer and champion of environmental activism.

“The University of Guelph was the firm foothold,” said Bondar, speaking from her Toronto home ahead of a planned online celebration this weekend to mark the anniversary of the launch of her eight-day mission on Jan. 22, 1992. The event is co-sponsored by U of G.

The first neurologist in space, Bondar conducted experiments in the shuttle’s International Microgravity Laboratory as a member of the seven-person crew.

Insect ‘bug’ brought Bondar to U of G 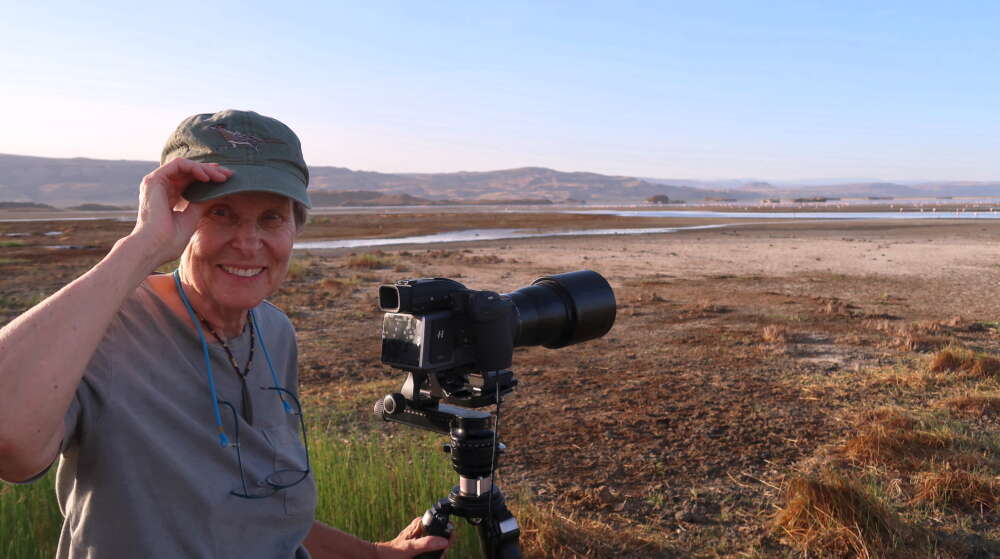 Her selection stemmed partly from her zoology and agriculture studies at U of G, where she completed a B.Sc.(Agr.) in 1968. Raised in Sault Ste. Marie, Ont., Bondar enrolled at the University of Guelph to pursue interests in entomology sparked by her summer work experience at a forestry insect lab.

Aiming to become a science and physical education teacher, she pursued a slate of science courses alongside extracurricular basketball and archery. She planned to complete her agriculture degree and then complete a one-year physical education program at McMaster.

Her plans were derailed during her third year on campus. First, McMaster cancelled that program. Then Bondar was locked into a campus infirmary after contracting mumps, an affliction with temporary neurological damage to her right shoulder that would also end her campus athletics.

Bondar recalls a nurse telling her: “You might as well resign your year because you’re not going to pass.”

Instead, a chance encounter with then biology professor Dr. Susan Corey led to Bondar working in Corey’s lab, where she made up her missed coursework. She also added a zoology major to further broaden her experience. Equally important, Bondar pursued communications courses through the new arts college – partly to be able to explain her scientific studies to her family.

Years later, her mixed curriculum at U of G and later her graduate studies made her an ideal candidate for the space shuttle program and the Discovery flight. She ran dozens of microgravity experiments aboard mission STS-42, many drawing upon her earlier studies here ranging from plants to embryology.

“I knew my stuff. That’s why I became the ‘right stuff,’” she said. “Other contenders had other skill sets, but they weren’t necessarily what NASA needed.”

Bondar had been interested in space since childhood. Back home in summer 1969 during the Apollo 11 moon landing, she said, “I remember standing out back with my dad and looking up at the moon and saying, ‘That’s really what I’d like to do.’”

Photographing Earth from the shuttle window as a member of NASA’s Earth Observation Team also led to her new career back on the ground. Besides affording many “emotional moments” during the 1992 mission, which circled Earth 129 times, the view of the blue planet against the darkness of space brought home her U of G studies of ecology and ecosystems.

“I got a more holistic and compassionate view of Earth as a planet and what we need to maintain our existence as a life form,” she said.

Beyond the basics – oxygen, water – to sustain life, Bondar said, a sense of ethics is paramount.

She said passion and determination have driven her subsequent careers.

Trained as a professional nature photographer, she photographed all of Canada’s national parks between 1998 and 2000. Her work has appeared in several bestselling books and is held in various private and public collections in Canada, the United States and Europe. Several of those works made up a 2017 exhibition in the Art Gallery of Guelph. 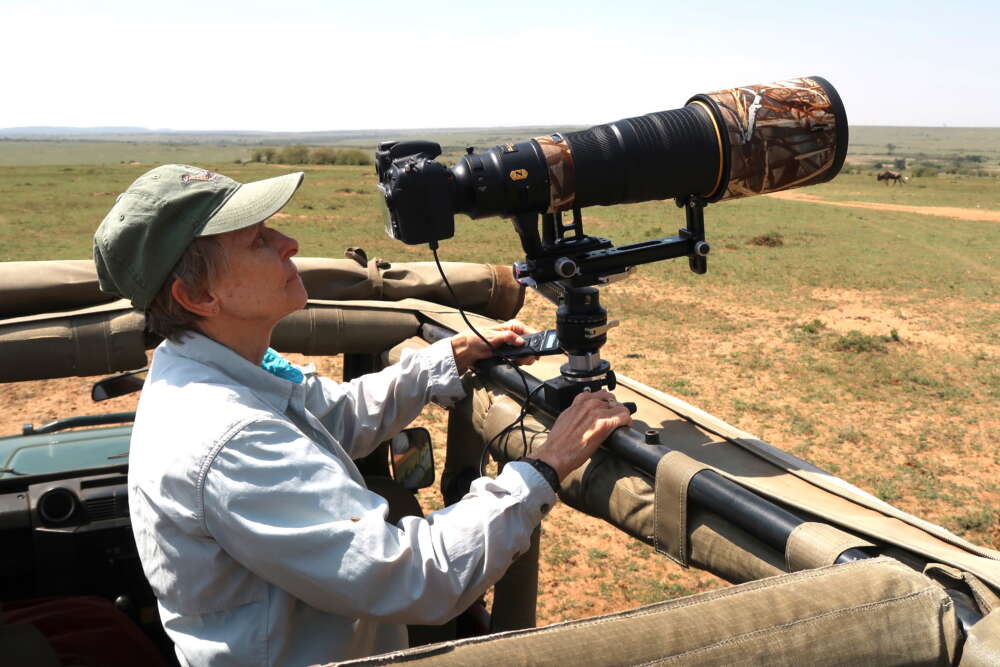 In 2009, she launched the Roberta Bondar Foundation to promote environmental conservation, respect and curiosity through science and art. Among the foundation’s numerous programs, a key initiative for Bondar is Space for Birds, intended to draw attention to worldwide habitat needs of endangered migratory birds.

Bondar said it’s important both to focus on Earth-bound environmental sustainability and biodiversity and to continue pursuing space research, including plans for a proposed moon base.

Money and other resources are not unlimited, she said. But she believes it will take numerous viewpoints to tackle major problems from climate change to biodiversity loss. Space research – actual space research, she stresses, not the “25 seconds of free fall” experienced by space tourism billionaires — affords a key vantage point to dream up new questions and possible solutions.

“Space gives us this impetus for asking questions in a different way than we would have been prompted to ask,” said Bondar. “I believe in all forms of scientific and artistic expression. It makes you think differently.”

Now 76, she describes herself as an inherent optimist. “I have hope every morning at sunrise, and I also love sunset. It shows us a new world.”

Among her numerous awards and distinctions, Bondar is a Companion of the Order of Canada, a member of the Order of Ontario, and an inductee of the Canadian Medical Hall of Fame and the International Women’s Forum’s Hall of Fame. Formerly chancellor of Trent University, she has received honorary doctorates from almost 30 Canadian and American universities, including U of G in 1990.

This weekend’s online celebration, An Evening with Dr. Roberta Bondar and Friends, on Jan. 22 will involve a VIP discussion at 6 p.m. and a main event beginning at 7 p.m. Hosted by Olympian Mark Tewksbury, the event will feature appearances by an array of famous Canadians including Anne Murray, Buffy Sainte-Marie, Susan Aglukark, Hayley Wickenheiser and Michael Serapio. During the event, Bondar will discuss her space and Earth explorations, and a gallery of her photographs will be available for viewing. Proceeds from the event will go toward the Roberta Bondar Foundation.