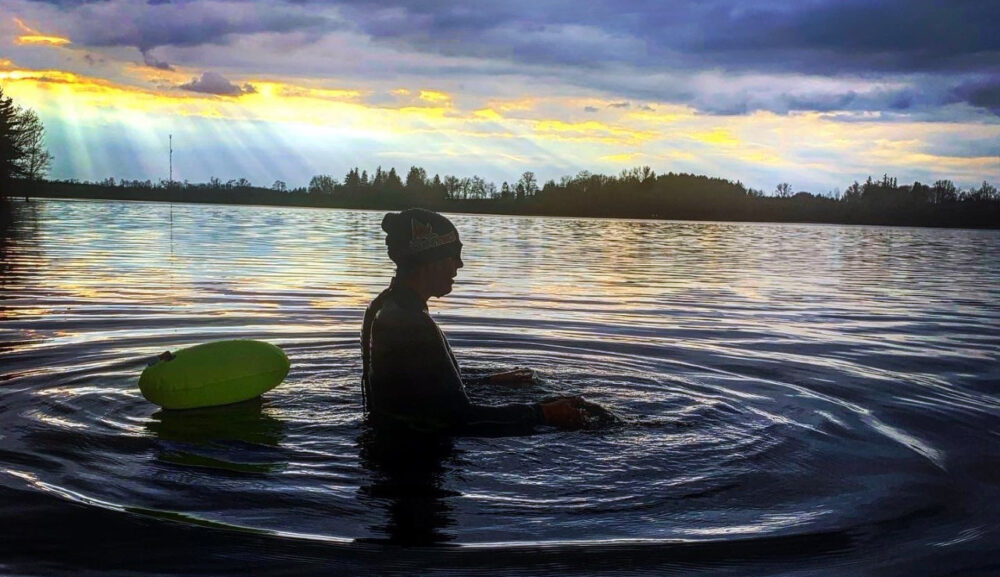 [UPDATE: The swim has been postponed until early October, due to poor weather in the forecast]

A University of Guelph student will attempt to swim across Lake Erie to raise awareness and funds for youth mental health.

Coralee Allaert hopes to begin her swim in the early hours of Aug. 28 and hopes to complete a 30-kilometre crossing within 15 hours.

She also aims to raise $15,000 for Jack.org, a Toronto-based organization founded in 2010. The national organization holds mental health talks and conferences and supports chapters to engage, educate and provide mental health resources and training for young people. 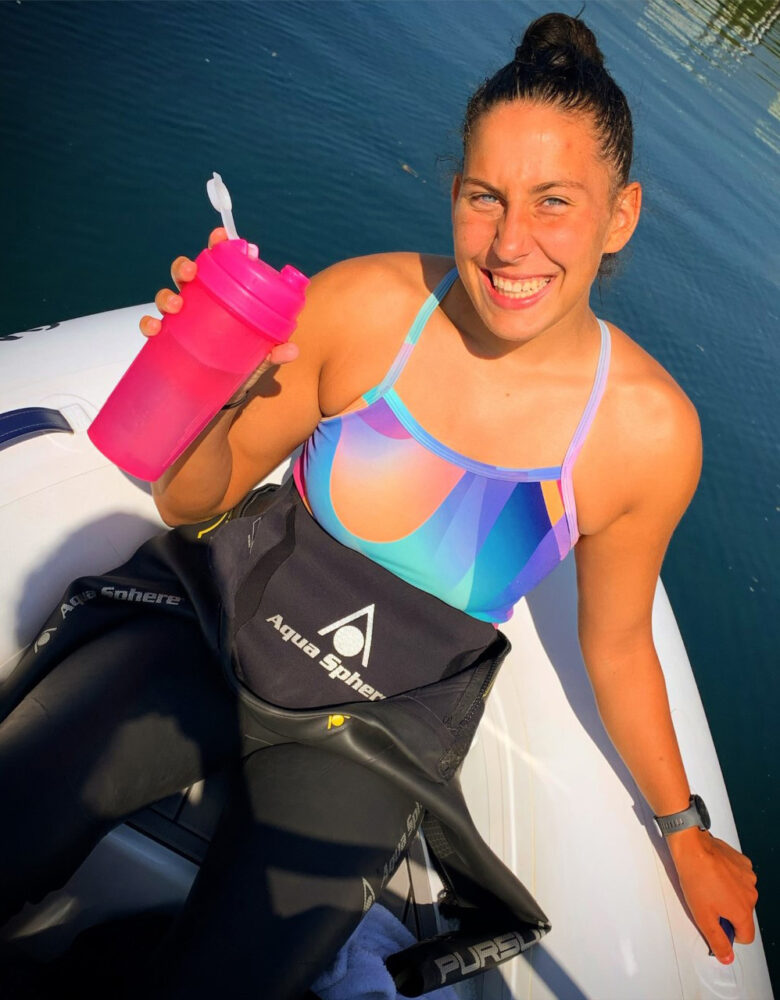 More than 200 chapters exist across Canada, including a University of Guelph chapter. The organization was founded by executive director Eric Windeler and his wife, Sandra Hanington, after their son, Jack, died by suicide during his first year of studies at Queen’s University.

“Mental health is the biggest health-related challenge for young people,” said Windeler, adding that “suicide is the second-leading cause of death among young Canadians.”

Raised in Moncton, N.B., Allaert transferred in early 2020 from the University of New Brunswick (UNB), where she was a top contender on the women’s wrestling team.

She plans to swim an untried route across Lake Erie, accompanied by a boat crew and supported by Solo Swims of Ontario.

Referring to her #BeyondHorizons challenge, she said she aims to test herself and inspire other young people. “I’m creating new horizons for myself and others.”

In 2014 at age 15, she swam part of the 18-km Northumberland Strait between New Brunswick and Prince Edward Island during a relay crossing. She was a varsity swimmer at high school and at Mount Allison University in her first year at university. 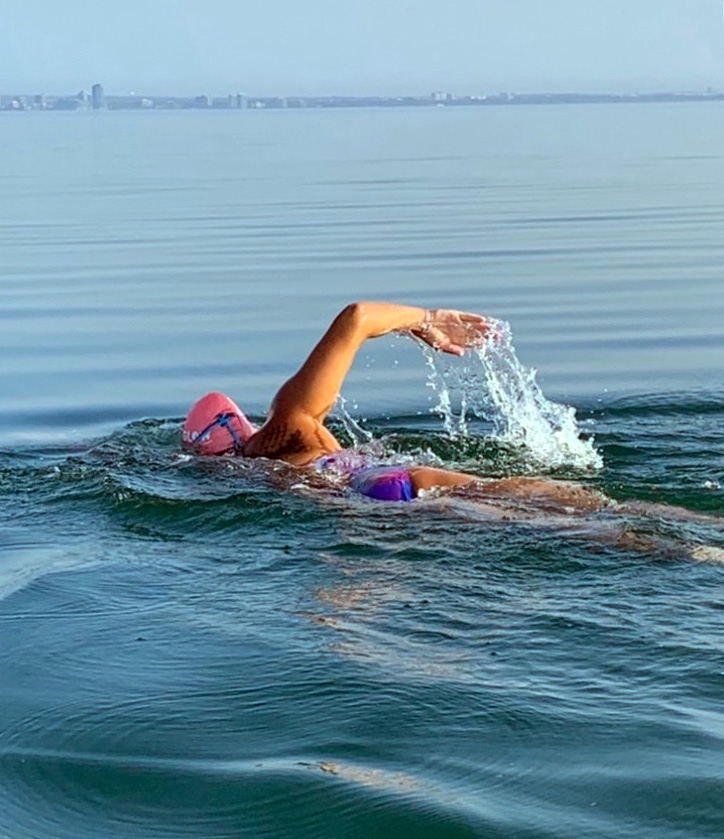 Coralee will be accompanied by a boat crew in her swim. (Photo: Coralee Allaert)

She decided to tackle Lake Erie early this year after discussions with Larry Optis, an elite cyclist and long-time supporter of Jack.org who has served as a mentor to Allaert since she was a pre-teen.

She had reached out after a difficult bout with depression. “I was at a low point in my life,” said Allaert, who has struggled with mental health issues since her mid-teens. Optis proposed the endurance swimming fundraiser and connected her with the national organization.

“Coralee was dealing with personal challenges,” said Optis. “I figured the swim would be an outlet to put her energy into something positive.”

Allaert trains at the U of G pool with the varsity team as well as on Lakes Erie, Ontario and Huron. She swims around five kilometres a day, spending eight to 12 hours a week in the water.

“Swimming is 90 per cent mental, 10 per cent physical,” said Allaert, who plans next summer to tackle Lake Ontario with a similar fundraising goal. “You need to be in the right head space. I try to be calm and relaxed before every training set. Sometimes there’s pain and agony involved, but I just don’t think about it.”

She came to U of G because of its reputation in academics and athletics. She has worked with campus counsellors through Student Health Services.

Referring to her planned crossing, she said, “I don’t think about failing. Whatever happens on the water is beyond my control.”

Still, she said she’s determined to reach her goal.

“I’ve taken on this incredible challenge because I believe that it is vitally important for everyone to be educated around mental health and how to help themselves and others. If seeing me swimming across two Great Lakes in two years supports people, that’s more meaningful to me than anything. I want to see people fix their mental health.

“When you’re struggling, you think the world is ending, you lack a clear picture. If you surround yourself with the right people, you can see there’s light at the end.”